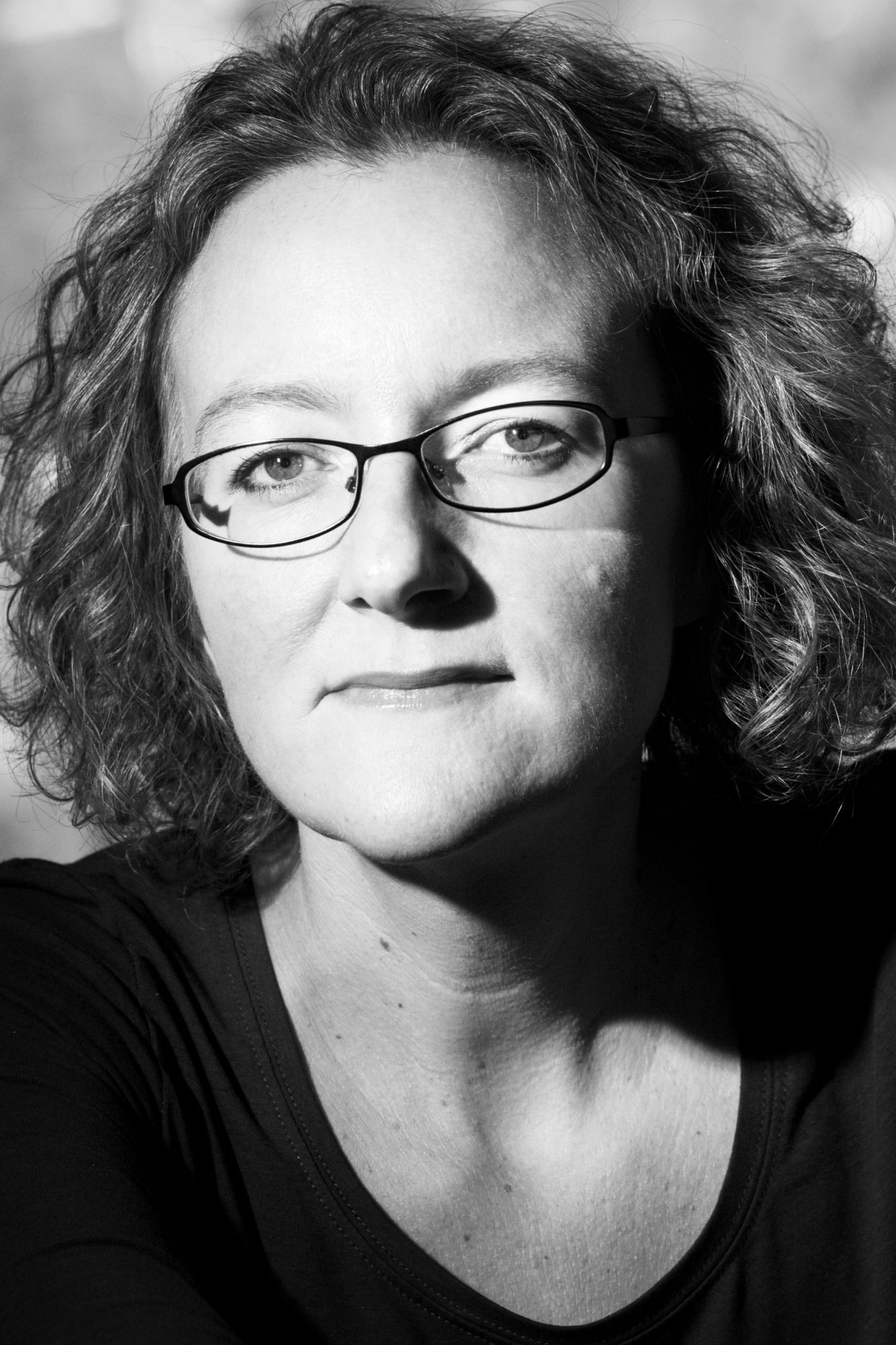 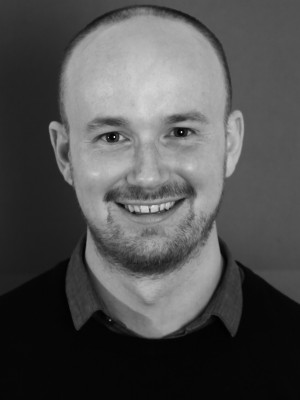 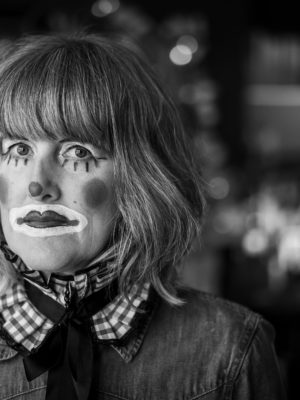 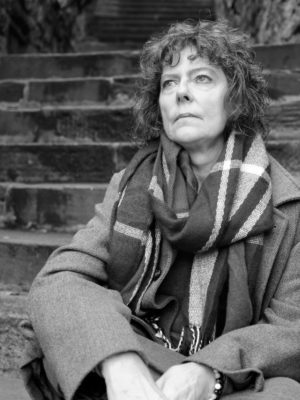 Elizabeth Haynes is a former police intelligence analyst who lives in Norfolk with her husband and son. Her first novel, Into the Darkest Corner, was Amazon’s Best Book of the Year 2011 and a New York Times bestseller. Now published in 37 countries, it was originally written as part of National Novel Writing Month (NaNoWriMo), an online challenge to write a 50,000 word novel in the month of November.

She has written a further three psychological thrillers—Revenge of the Tide, Human Remains and Never Alone—and two novels in the DCI Louisa Smith series, Under a Silent Moon and Behind Closed Doors.

Next came her highly praised historical novel The Murder of Harriet Monckton (a Sunday Times Summer Read) which is based on the 1843 unsolved murder of a young school teacher in Bromley, Kent.

Elizabeth’s latest novel, You, Me and the Sea is a contemporary story of love and redemption set on a remote, windswept Scottish island. 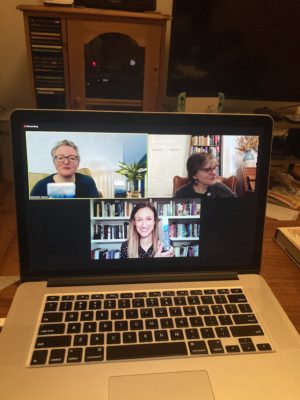 NaNoWriMo with the Guardian 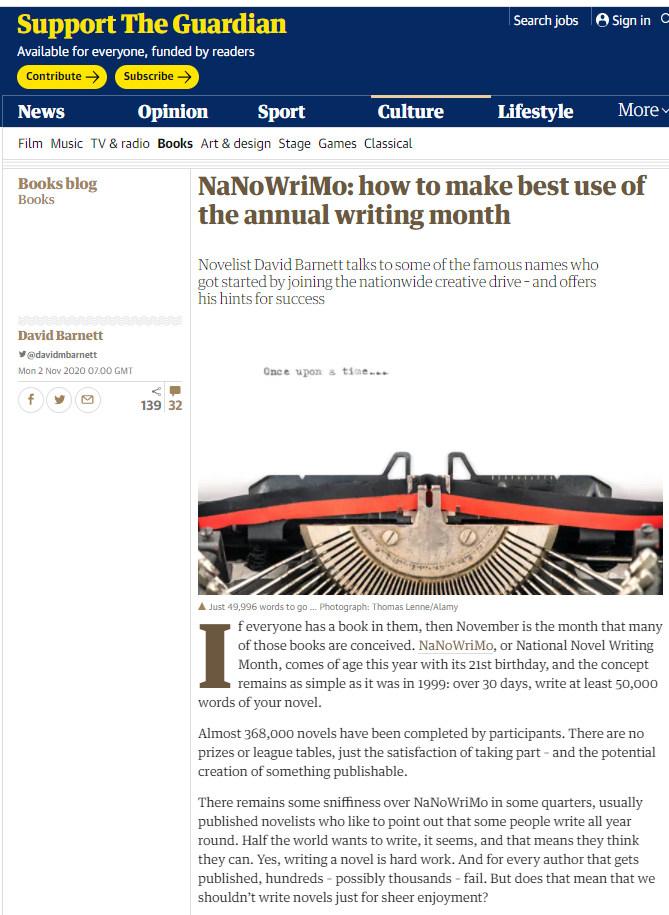 Elizabeth Haynes takes part in NaNoWriMo each year – in fact her New York Times bestselling novel Into the Darkest Corner was originally written as part of NaNoWriMo – so she shares her insider knowledge with novelist David Barnett for the Guardian.

“Every year without fail I see something, a tweet, a blog, an article in a national newspaper, the gist of which seems to be, ‘Oh no, not November again. All those people thinking they can write. All of those manuscripts flooding agents’ offices! Please just don’t!’” she says. “It isn’t a competition. The world needs more novels, more readers, more writers. You want to be heard? Ignore everyone else. Work hard.”

Haynes had no intention to publish her first NaNoWriMo effort: “It was purely for fun. Publishing had always felt like something that happened to others, not me. I had three goes at NaNoWriMo before I had something with a beginning, a middle and an end. That was the first time I had something I thought I could actually edit.”

Elizabeth Haynes on Virtual Noir at the Bar 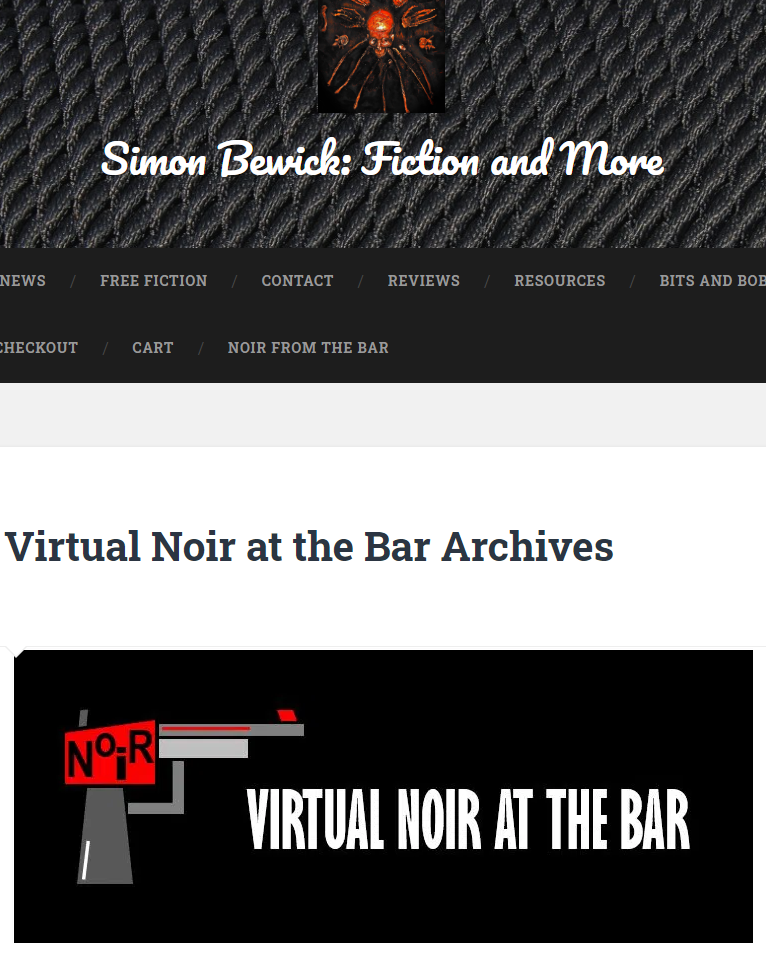 Virtual Noir at the Bar is an online weekly event where crime and mystery writers read, live, from their works. Elizabeth Haynes was invited by Vic Watson to read from the very crime reports which inspired her to write The Murder of Harriet Monckton. 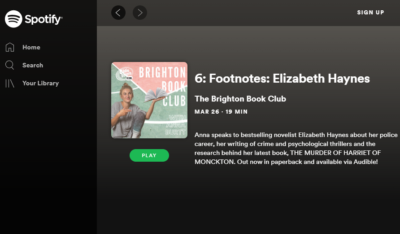 Anna Burtt, host of Brighton Book Club speaks to bestselling novelist Elizabeth Haynes about her police career, her writing of crime and psychological thrillers and the research behind her latest book, The Murder of Harriet Monckton. Listen to the clip on Spotify.

Watch again as Elizabeth Haynes chats with Chris Wilson about The Murder of Harriet Monckton. Arranged as part of Book Week Scotland, their conversation touches on Harriet and Elizabeth’s family links. 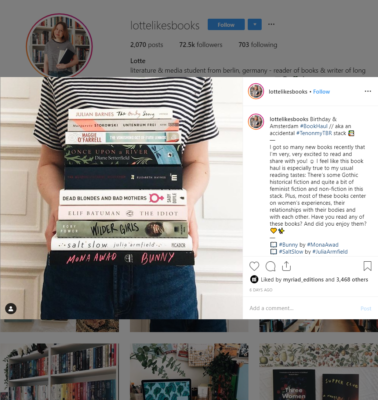 Lotte Likes Books selects The Murder of Harriet Monckton by Elizabeth Haynes to feature in her Summer book stack. The books chosen center on women’s experiences, their relationships with their bodies and with each other. 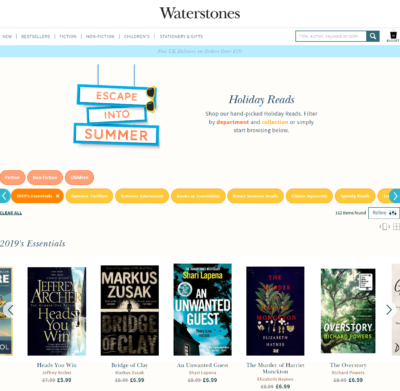 The Murder of Harriet Monckton by crime author Elizabeth Haynes has been chosen by Waterstones as one of their Summer Reads for 2019. ‘Whilst the plotting is immensely skilful and the tension expertly exploited, it is the subtle gender politics and rounded characterisation that marks The Murder of Harriet Monckton out as a truly superior crime novel.’ 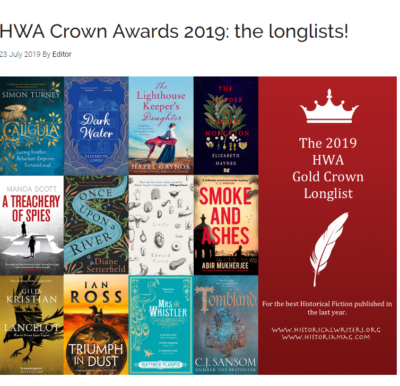 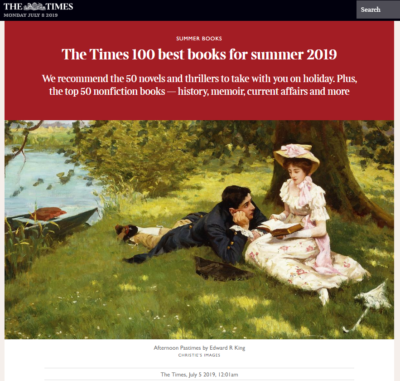 The Murder of Harriet Monckton by Elizabeth Haynes features in this year’s 100 Best Books for Summer by The Times. Read the full list HERE. 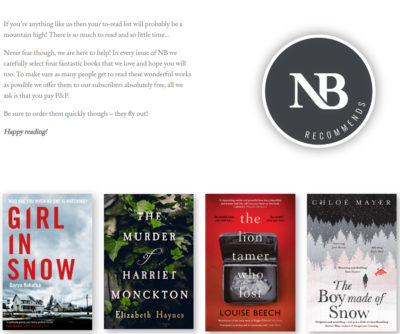 The Murder of Harriet Monckton features as on of NB Magazine’s ‘Recommended Reads’ in their latest issue. Have a look here.

Interview in The Sutton Guardian 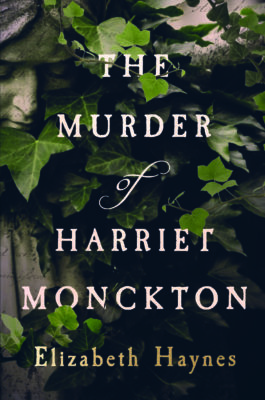 The author, who lives in Norfolk, said it was “amazing” returning to Bromley, a borough she used to work in, for research. She was thrilled that a graphic designer created a map of Bromley from 1843 for the start of the novel. Elizabeth ultimately wrote the book to “achieve justice” for the young woman whose poignant final hours became lost in old library documents. Did she achieve her goal?

“I think so,” Elizabeth said. “I had to guess who the murderer was. There were so many people it could have been. There is enough information in the book for people to make their own minds up.’ 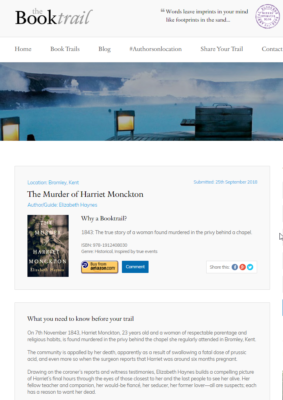 Did you know you can go on a trail to discover where Harriet lived and was murdered? The Booktrail website organises travel guides for books and has created one for The Murder of Harriet Monckton. If you head to their website, you can plan your walk around Bromley to uncover the locations described in Elizabeth’s novel. 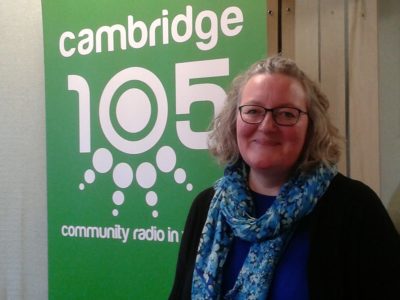 Elizabeth was selected by ‘Queen of Crime’ Val McDermid as one of the future crime stars speaking on the New Blood panel at Harrogate Crime Writing Festival 2012. After the events she was interviewed by reading website and magazine We Love This Book.

Along with fellow panelists David Mark (The Dark Winter), Oliver Harris (The Hollow Man) and Kate Rhodes (Crossbones Yard), Elizabeth answered questions about what it means to be a crime writer today. Read full interview

Elizabeth Haynes named as one to watch by The Book Case

Elizabeth was named as one of the 10 Women to Watch in 2012 by BookPage’s influential literary blog The Book Case. 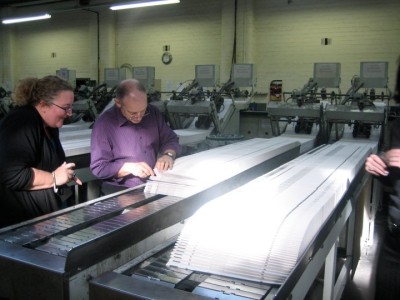 ‘The best bit of all, I think, was that the whole process of writing a book, editing it and having it accepted for publication by Myriad Editions has all been such a fantasy come true that to actually see my book turning into something solid, tangible, real… it was just amazing. It was all I could do to stop myself jumping up and down and hugging people and whooping and shouting out “Look!!! That’s MY book!!! I wrote that, me, I did!!!” ‘

See more photos of Elizabeth’s visit to CPI printers to see Into the Darkest Corner being printed or to read about it click here.