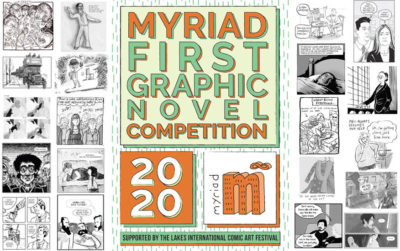 There were 118 entrants from England, Wales, Scotland and Northern Ireland, over half from outside London, and just over half with women’s names. 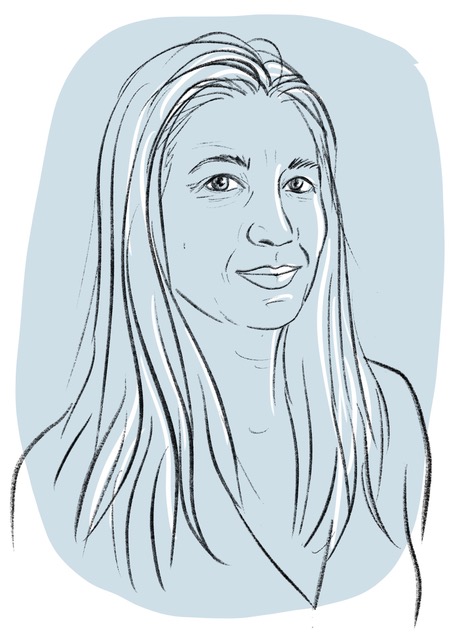 Denise Dorrance – an American-born cartoonist and illustrator. Born in Cedar Rapids, Iowa, she moved to London where her sharply ironic work appears regularly in magazines and newspapers and in 2013 a collection of her cartoons was published, titled “It’s All About Mimi”. Her first graphic novel (a work in progress) recently won the Rosalind B. Penfold award.
@denisedorrance

Ed Firth –  an East London-based portrait artist and zine maker, as well as founder/facilitator of East London Life Drawing. He started creating books and zines in childhood, gradually drifting into animation and club VJing, until his transition into sequential art in 2019, producing semi-autobiographical slices of life that don’t flinch from the bleaker side of human nature.
@thefurrealist 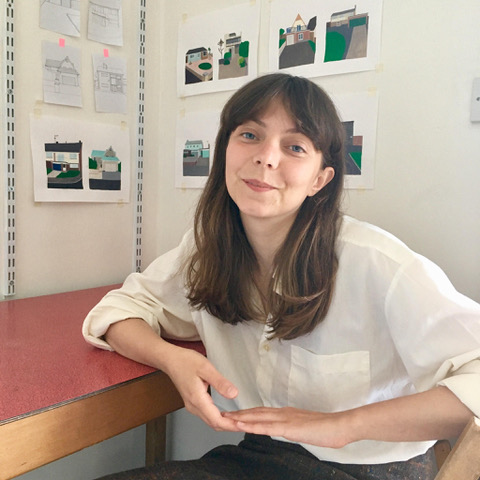 Veronika Muchitsch – a comic book artist based in Falmouth, Cornwall. With an interest in observing solitude and the way we inhabit and experience the world, her comics are a declaration of love to people who create their own worlds in the digital age.
@veronikamuchitsch 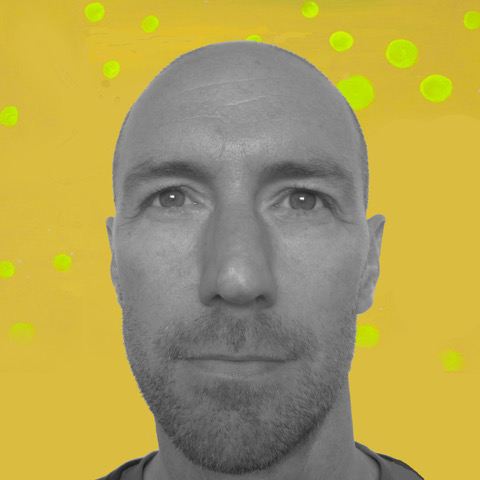 Pete Shearn – has been happily creating comic strips for his own amusement over many years. He recently took the leap into graphic novel writing. His work aims to shine a light on issues affecting society, while also portraying the foibles and peculiarities of everyday life. Pete works for the NHS and lives in the third most fashionable suburb of Stockport, England. 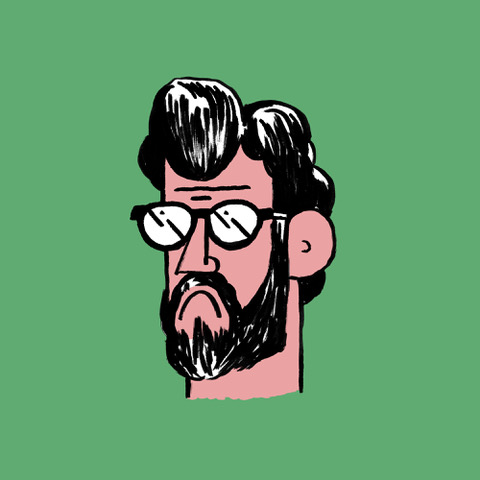 Pietro Soldi – was born in 1990 in São Paulo, Brazil, and since last year has been living in London. He publishes his comics online since 2017 and recently has started dedicating his time exclusively to comics and illustrations. Pietro is 6′ 4″ so he’s easily spottable from a distance or in a crowded place.
@pietro.soldi 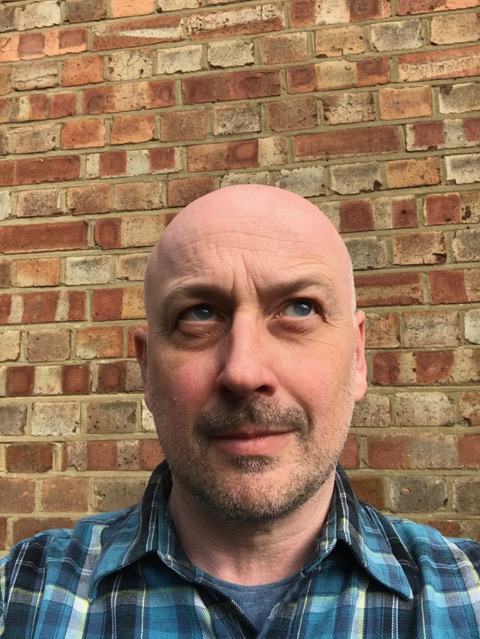 Anthony Smith – worked for a few comic publishers before moving into advertising. There he worked as a creative for a number of years at several top agencies.  He then returned to illustration, and in recent years has had numerous cartoons published in the national press.
@anthony_smith_illustration 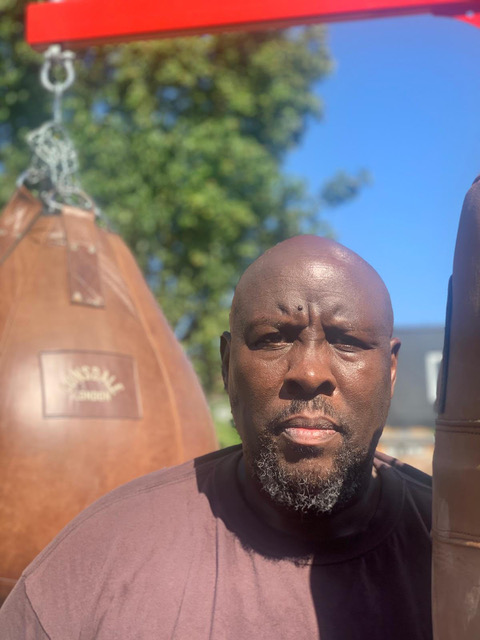 Tobias Taitt – was raised as a child of the state in the 70s and 80s. He became passionate about UK history, specifically the untold lives of its citizens. He believes their stories should be recorded for future generations, just as he has done with his own. 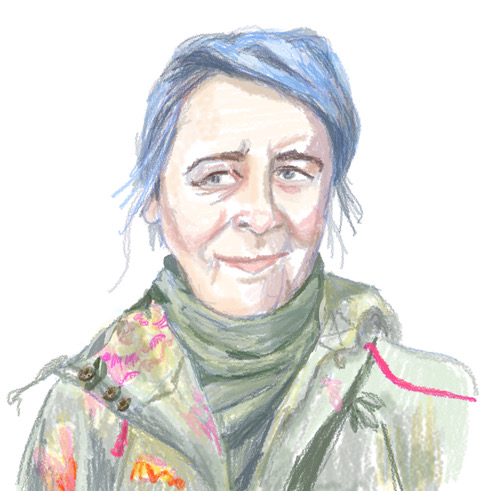 Myfanwy Tristram – drawing comics since the 80s, contributing to anthologies, exhibitions and books as well as self-publishing her work within the UK’s vibrant small press scene. In 2018 she launched Draw The Line, a global collective of comic artists illustrating ways to question the political status quo.
@myfanwytristram

Click HERE to read about each of their submitted works.

The competition offers the winner, or winners, the opportunity to have their completed graphic novel published by Myriad. Entrants were asked for 15-30 pages of a graphic work-in-progress, fiction or non-fiction.  This is the fourth time Myriad has run the First Graphic Novel competition. The three previous competitions have provided a unique opportunity for creators to see their debut graphic novel in print, furthering Myriad’s mission to encourage and nurture new talent, and to provide opportunities for established artists who have not previously embarked upon a full-length work.

Myriad’s graphics list include the three previous competition winners Gareth Brookes (The Black Project, 2012), Jade Sarson (For the Love of God, Marie!, 2014), and Jenny Robins (Biscuits, 2018), to be published by Myriad in November 2020. Myriad has also gone on to publish six other books by shortlisted authors, as well as works by authors longlisted for the competition. Its latest book by Hannah Eaton, Blackwood, whose first graphic novel Naming Monsters was shortlisted in the inaugural competition in 2012, is Myriad’s next graphic publication in September. 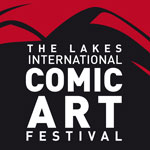 The winner will be revealed at an event online in October, as part of the 2020 Lakes International Comic Arts Festival, supporters of the competition since 2018.
Information about the previous competitions can be found here.