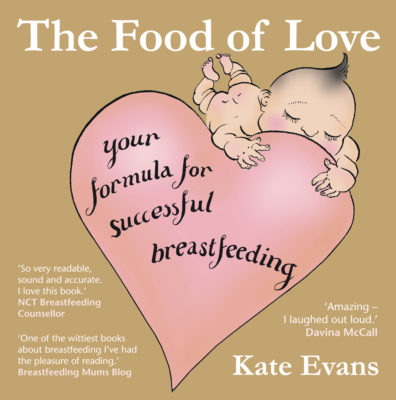 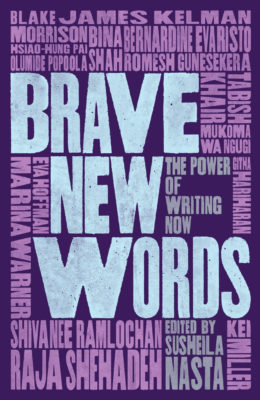 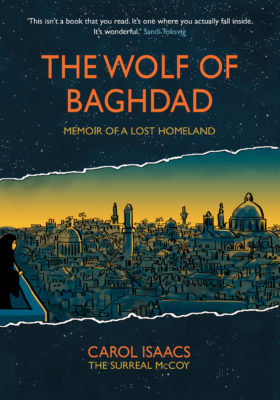 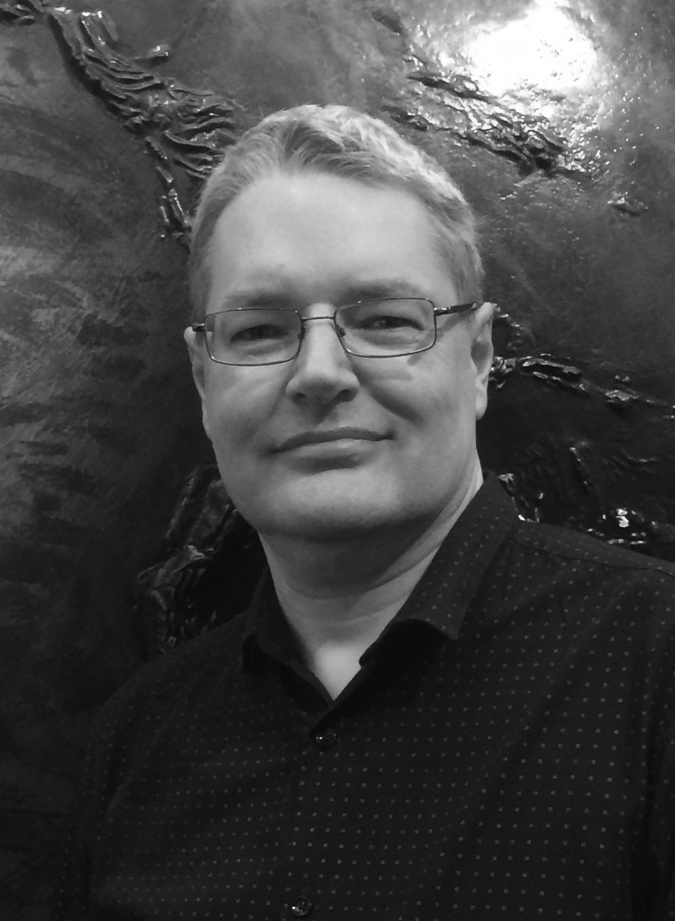 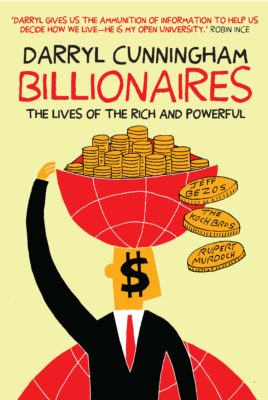 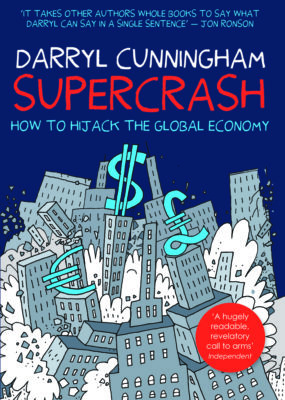 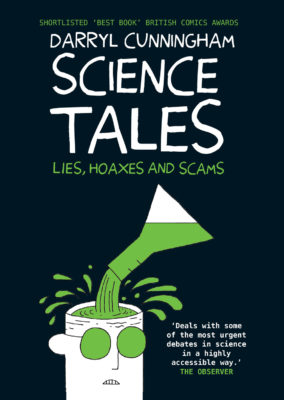 Much is known about scientists such as Darwin, Newton, and Einstein, but what about lesser known scientists – people who have not achieved a high level of fame, but who have contributed greatly to human knowledge? What were their lives like? What were their struggles, aims, successes, and failures? How do their discoveries fit into the bigger picture of science as a whole? 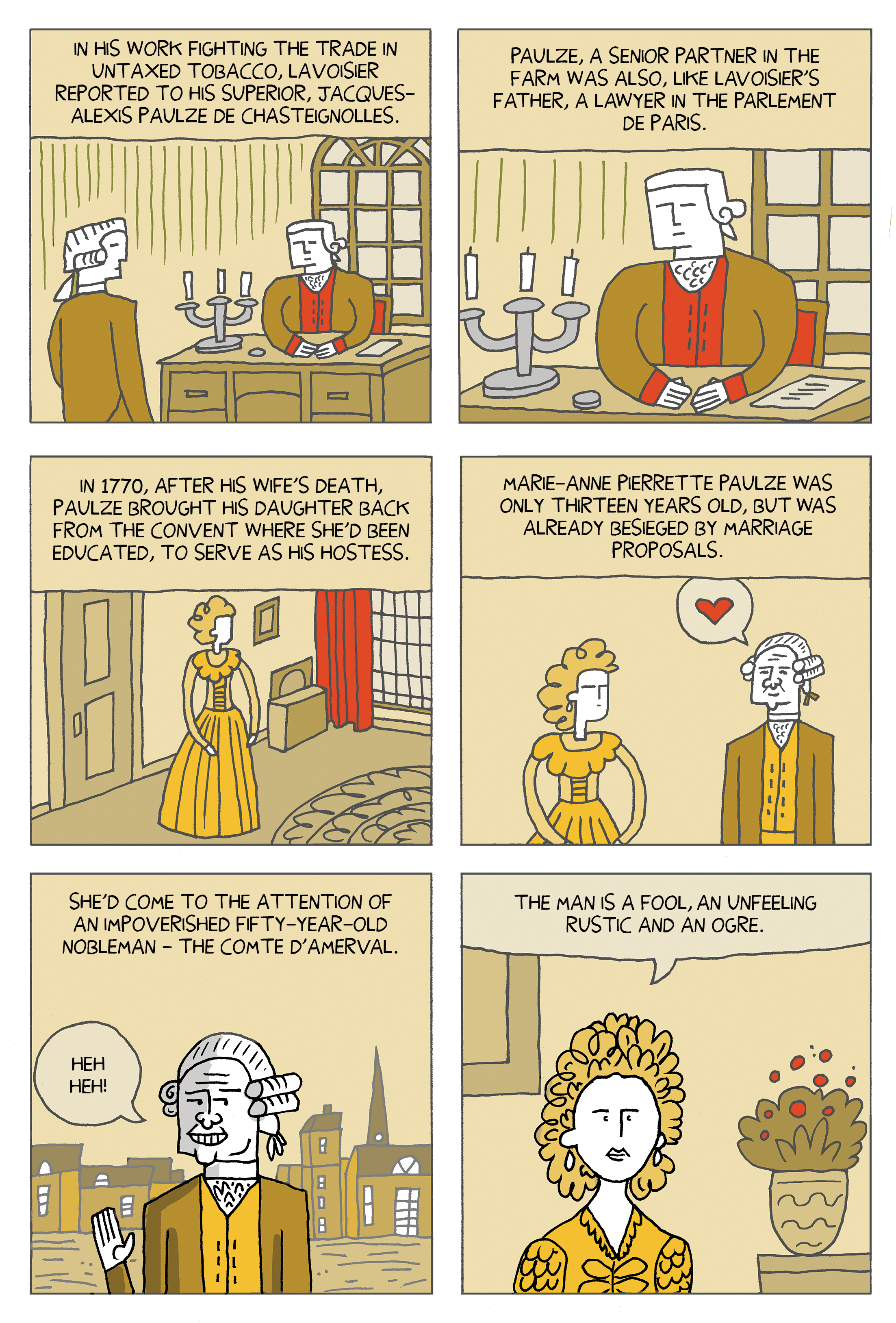 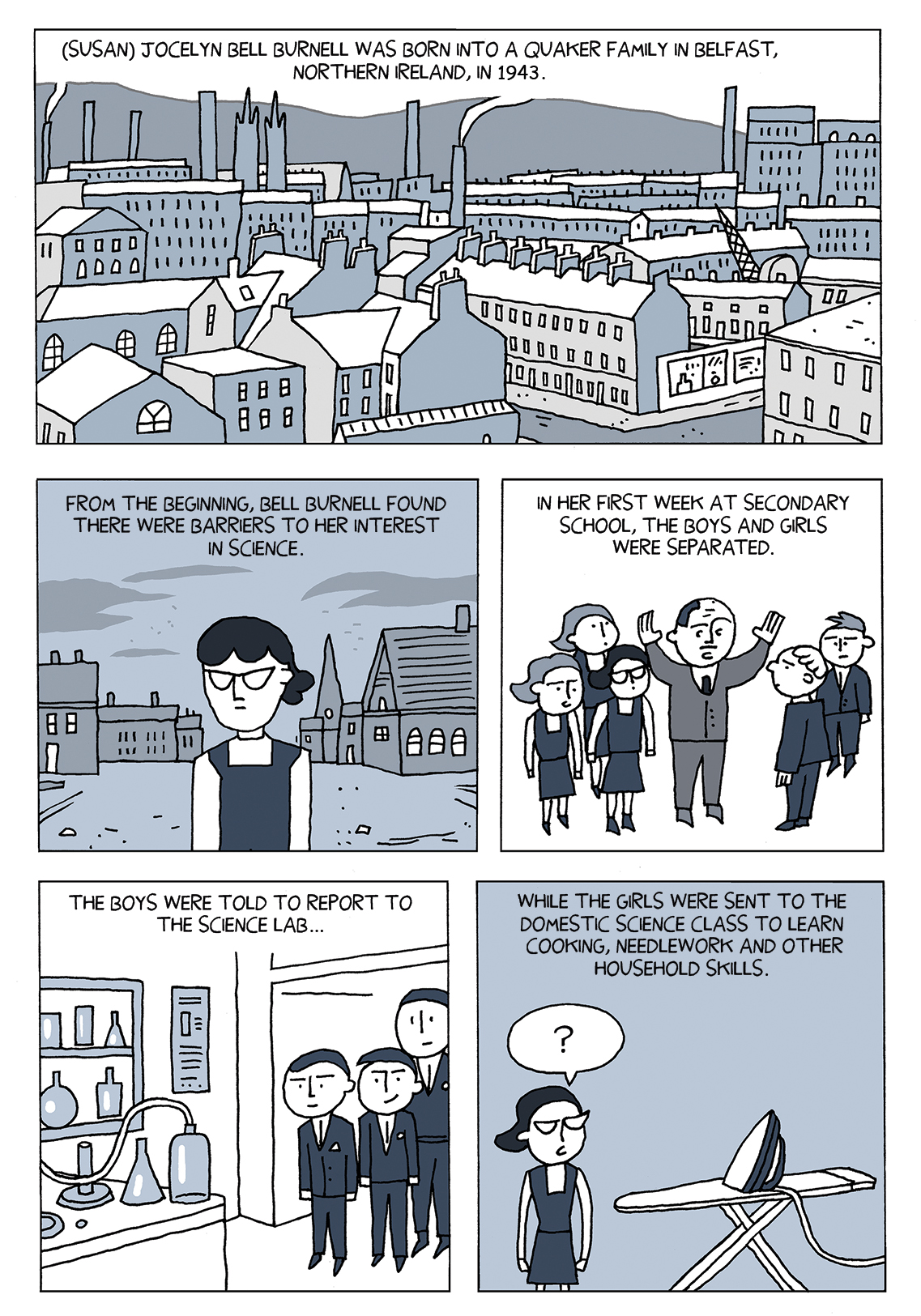 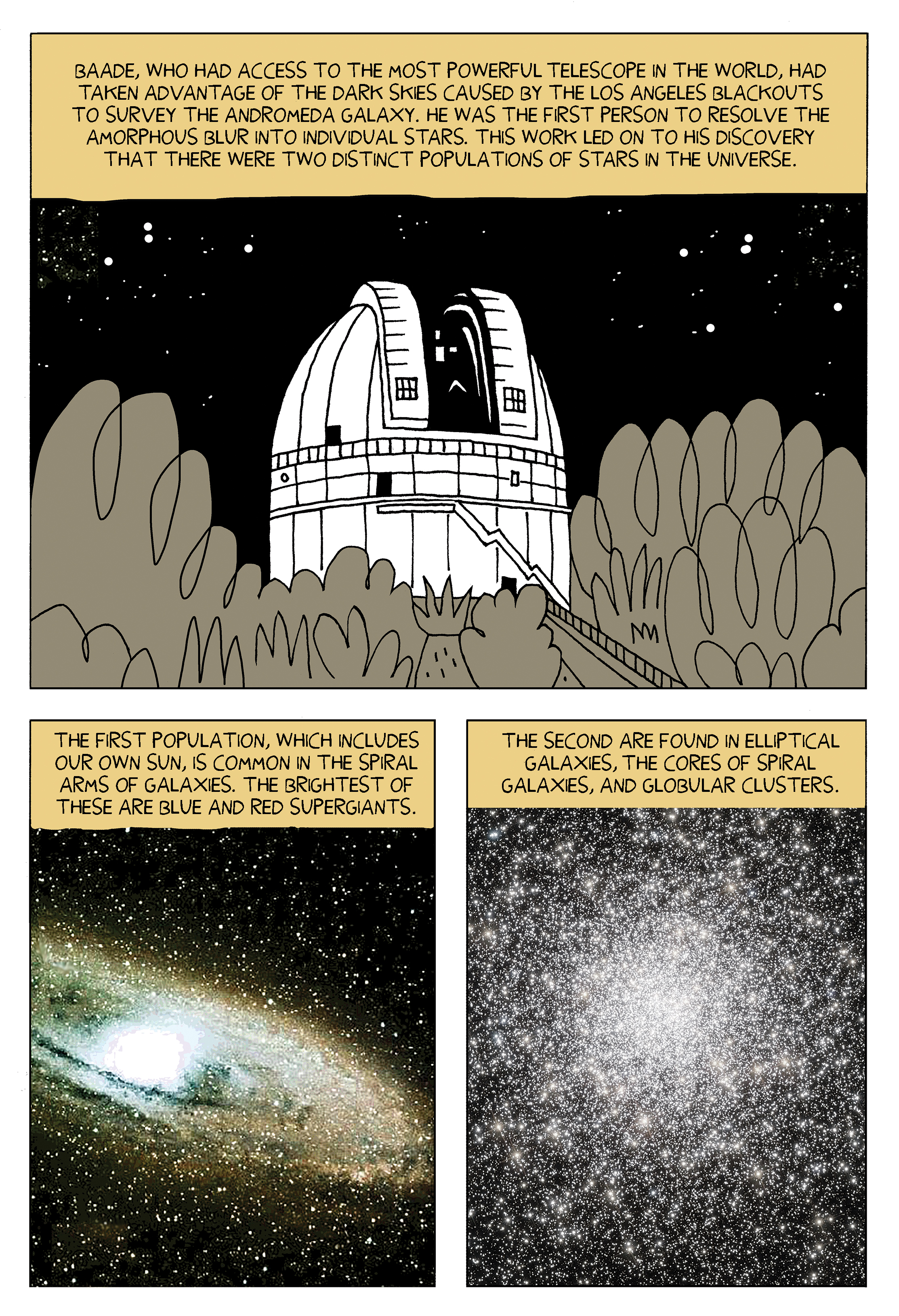 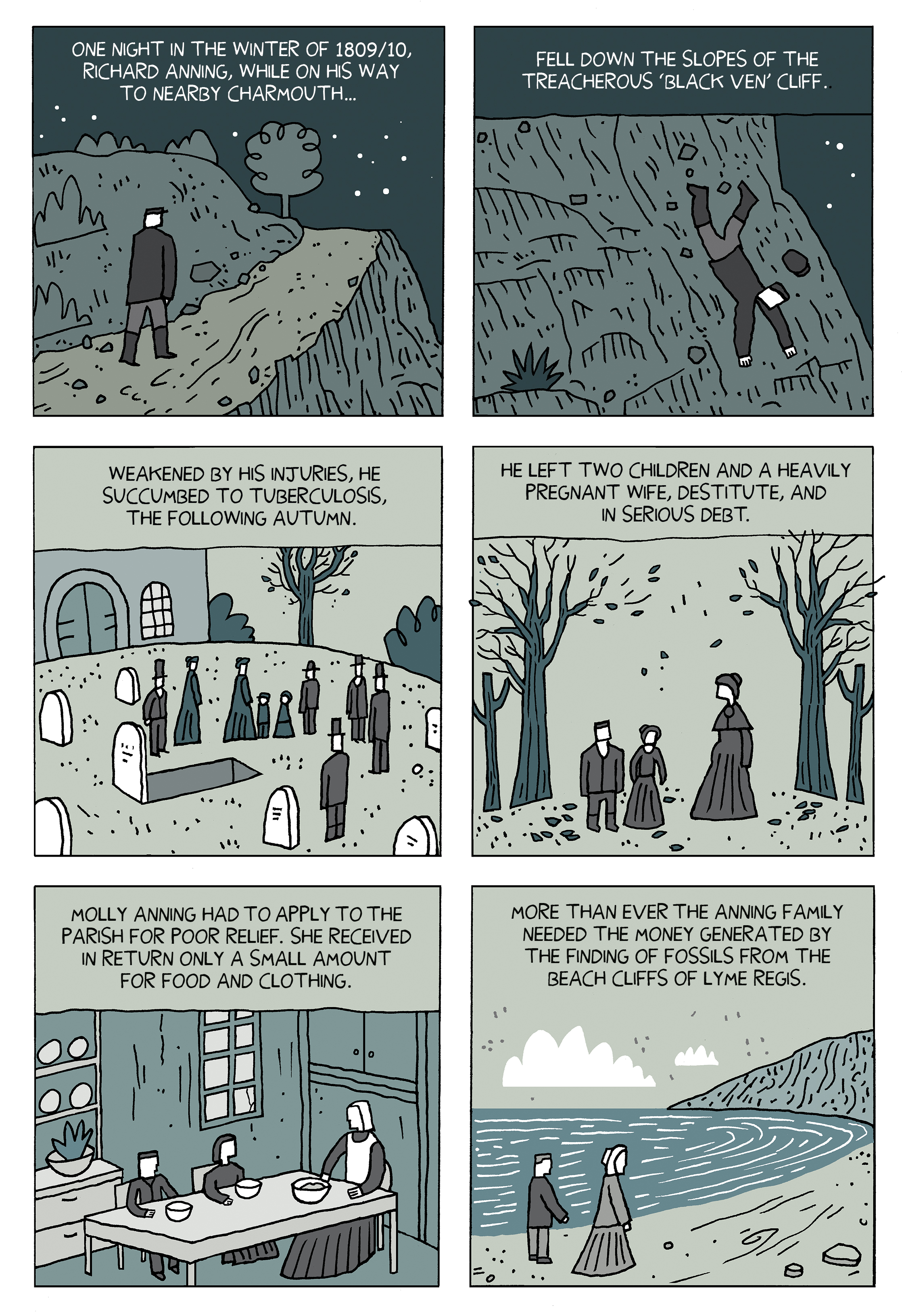 Antoine Lavoisier: the father of French chemistry who gave oxygen its name, Lavoisier was a wealthy man who found himself on the wrong side of a revolution and paid the price with his life.
Mary Anning: a poor, working-class woman who made her living fossil-hunting along the beach cliffs of southern England. Anning found herself excluded from the scientific community because of her gender and social class. Wealthy, male, experts took credit for her discoveries.
George Washington Carver: born a slave, Carver become one of the most prominent botanists of his time, as well as a teacher at the Tuskegee Institute. Carver devised over 100 products using one major ingredient – the peanut – including dyes, plastics and gasoline.
Alfred Wegener: a German meteorologist, balloonist, and arctic explorer, his theory of continental drift was derided by other scientists and was only accepted into mainstream thinking after his death. He died in Greenland on an expedition, his body lost in the ice and snow.
Nikola Tesla: a Serbian American inventor, electrical engineer, mechanical engineer, physicist, and futurist best known for his contributions to the design of the modern alternating current (AC) electricity supply system. A competitor of Edison, Tesla died in poverty despite his intellectual brilliance.
Jocelyn Bell Burnell: a Northern Irish astrophysicist. As a postgraduate student, she discovered the first radio pulsars (supernova remnants) while studying and advised by her thesis supervisor Antony Hewish, for which Hewish shared the Nobel Prize in physics while Bell Burnell was excluded.
Fred Hoyle: an English astronomer noted primarily for the theory of stellar nucleosynthesis – the process whereby most of the elements on the Periodic Table are created. He was also noted for the controversial positions he held on a wide range of scientific issues, often in direct opposition to prevailing theories. This eccentric approach contributed to him to being overlooked by the Nobel Prize committee for his stellar nucleosynthesis work.

Any one of these figures could have been awarded a Nobel prize. Not every scientific discoverer was lauded in their time, for reasons of gender, race, or lack of wealth, or (in the case of Lavoisier) being too wealthy: in the 21st century, there are many more reparations and reputations to be made.

Delivers an insight into science your standard physics textbook never would.

A series of inspiring portraits…

Kevin Gopal, The Big Issue in the North

An essential purchase…Darryl Cunningham’s non-fiction work is undoubtedly some of the most crucially important practice to have emerged in UK comics in the last decade.

A rich, rewarding, fascinating and warmly personable view into some of those who, often against the odds, have added fuel to the shining beacon of learning and knowledge which has helped defined our species, our place in the world, our understanding of that world and the vast cosmos around us. A wonderful read.

This is not just mind-blowing, complex scientific discovery made accessible, but made absolutely riveting. Daryl Cunningham brings to life the lives and often troubled and tortuous circumstances of those who have made some of the greatest scientific discoveries in history. His graphic narrative style is unparalleled – as with all his books, he breaths fire and soul into the big ideas that dominate human understanding.

Darryl Cunningham’s simplicity of style is deceptive. I never fail to learn from his work, always educational and deeply human too. This is the sort of book you think you have bought for your child, then refuse to give up until you have finished it first. Buy two copies to be on the safe side.

In a time when the scientific enterprise itself is under attack by self-serving, know-nothing yahoos, it's good to be reminded of the scientist's virtues: careful observation, patience, and depth of thought—the same combination that Cunningham brings to his work.

3 December 2017
A series of inspiring portraits…

14 November 2017
Darryl Cunningham returns to educate and entertain us in equal measure with seven – count ‘em! (not you Tesla, you’ll be here all day!) – biographies of scientists who were just as fascinating in their everyday lives, if not more so, as they were for their discoveries. Not only does Darryl regale us with fun facts about his chosen luminaries, plus considerable detail about their particular privations and hardships that they endured, but he also clearly expounds the hypotheses and theories. Art-wise it’s the usual comically clinical, wittily engaging style which has served him so well. Not only is Darryl detailing these scientists’ seven individual journeys of discovery, but he’s also very kindly providing us all with seven journeys of discovery of our own to engage upon.
View source

Kevin Gopal, The Big Issue in the North

18 October 2017
With his deft ability to use the comics form to ably communicate complex ideas and his understanding of the fundamental connective power of the medium Darryl Cunningham’s non-fiction work is undoubtedly some of the most crucially important practice to have emerged in UK comics in the last decade. This ‘alternative Nobel Prize’-deserving collection of biographies is an essential purchase from the Broken Frontier Award-winning creator. Cunningham’s work always has crossover appeal outside of the traditional comics audience. Expect Graphic Science to continue that trend.
View source

10 October 2017
Darryl gives us seven tales that are remarkably, warmly human experiences. This is as much about the people as the science, and that makes Graphic Science not just intellectually fascinating, but emotionally compelling and rewarding…These aren’t cold facts, or distant historical figures, these are real people, people we can relate to. And while that makes the book more engaging emotionally, it also, for me, enhances the thrill of the discovery, of invention – these are not works by some remote, isolated genius, they are by genuine people, a reminder of our shared human connections, and by extension a reminder that scientific discovery is not just the domain of well-heeled, upper class white males, that all sorts of people from all sorts of origins have – and still do – contribute massively to our shared pool of human knowledge. The art retains that nice, cartoony feel of previous works by Darryl, a style which I’ve become very fond of over the years, and which he uses well to denote emotional moments, or to illustrate and explain a complicated point…Even with the scientists I was familiar with I learned new aspects to their work, to the person themselves, and, crucially, the social, historical and personal context, giving me a much rounder view of them, and a deeper appreciation the discoveries they made. Graphic Science is a rich, rewarding, fascinating and warmly personable view into some of those who, often against the odds, have added fuel to the shining beacon of learning and knowledge which has helped defined our species, our place in the world, our understanding of that world and the vast cosmos around us. A wonderful read.
View source

2 July 2017
Darryl Cunningham's restricted color palette and elegant design make his histories of science irresistible. Behind the artist lurks a diligent historian, whose judicious use of facts and evidence mirrors that of the scientists whose stories he so compellingly relates. In a time when the scientific enterprise itself is under attack by self-serving, know-nothing yahoos, it's good to be reminded of the scientist's virtues: careful observation, patience, and depth of thought—the same combination that Cunningham brings to his work. 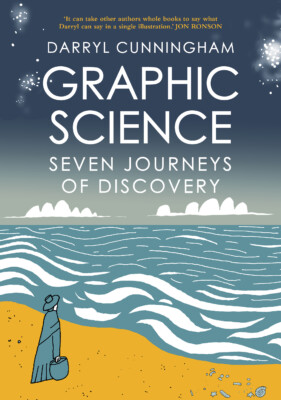