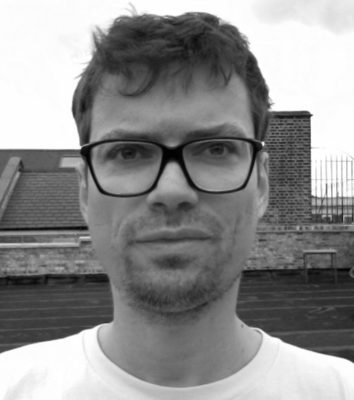 Olivier Kugler, author of Escaping Wars and Waves: Encounters with Syrian Refugees, to be published by Myriad in July, will be signing copies and exhibiting drawings from his book at the Print House Gallery in Dalston, London on Tuesday 19 June, as part of Refugee Week. Collected here for the first time, the drawings in Escaping Wars and Waves document the lives of individuals and families Kugler met in Iraqi Kurdistan, the tourist island of Kos, and the jungle camp at Calais, mostly on commission for Médecins Sans Frontières, as well as those of the refugees he has met in London, Birmingham and Simmozheim, the small village in Germany where he grew up.

‘Olivier Kugler is an extraordinarily skilled journalist and cartoonist who is taking comics journalism to a new level. These potent profiles from the migration front lines will leave an indelible impression on your brain and heart.’—Joe Sacco

Kugler’s work has been widely exhibited and published by The Guardian, Harper’s and the European press. The German language edition of ESCAPING WARS AND WAVES (Edition Moderne, 2017) won the Grand Jury Prize of the European Design Awards 2018, announced on 2 June.