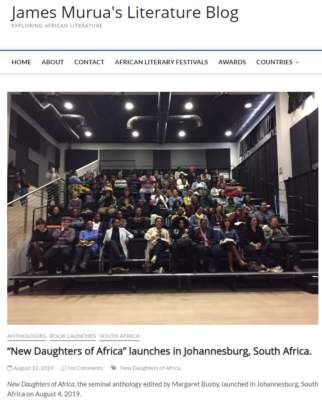 New Daughters of Africa, edited by Margaret Busby and featuring over 200 women writers in Africa and its diaspora previously launched in the U.K. in March and at the Uganda International Writers Conference in May. This month, a particularly apt one as August in South Africa is designated as “Women’s Month,” the anthology launched in Johannesburg. James Murua shares photographs from the launch on his literature blog, which you can see HERE.