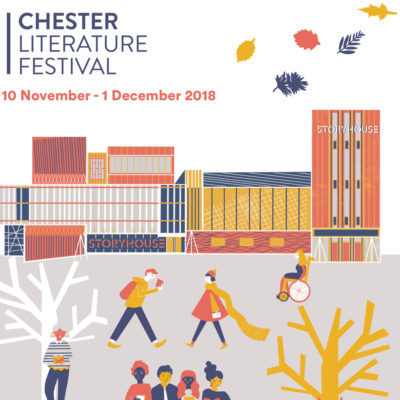 After acclaimed appearances at UK literature festivals, on television and radio, join graphic novelists and scholars Simon Grennan and Nicola Streeten at Chester Literature Festival 2018 as they reveal the exciting and hidden histories of the work of women cartoonists and comic artists in Britain over the last two centuries. The ‘quizzical glance’ of the title sets the tone for this entertaining talk, as Nicola and Simon explore the unique challenges, opportunities and sheer genius that has shaped women’s work in the comics, from the Victorian age to the present day.

Two lavishly illustrated new books accompany the talk and will be available:

The Inking Woman by Nicola Streeten and Cath Tate, published by Myriad Editions (March 2018), is a fascinating history and celebration of British female cartoon and comic artists, from the 18th Century to the present day.

Marie Duval by Simon Grennan and published by Myriad Editions (March 2018), showcases the work of this Victorian cartoonist and actress, providing the oddball thrills, slapstick humour and keen pleasures of observation that mark her uniquely drawn brand of visual comedy.

Simon is a graphic novelist and scholar of narrative drawing. His most recent book Marie Duval, co-authored with Roger Sabin and Julian Waite, showcases the work of a forgotten Victorian cartoonist for the first time in 130 years. Simon is also author of A Theory of Narrative Drawing (2017), and Dispossession, a graphic adaptation of Anthony Trollope’s John Caldigate. It was named as one of the Guardian’s Books of the Year in 2015. He is currently Leading Research Fellow at the University of Chester.

Nicola  is anthropologist-turned-illustrator and author of award winning graphic memoir, Billy, Me & You (Myriad Editions, published in 2011). Streeten’s PhD on a Cultural History of Feminist Cartoons and Comics in Britain informed The Inking Woman (2018 Myriad Editions) a picture-led history of 250 years of women cartoons in Britain, which she co-edited. She co-founded the international forum Laydeez do Comics in 2009.