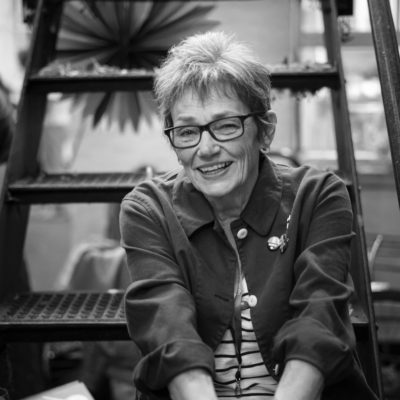 As part of the on-going Creative Conversation speaker series the illustrator Kate Charlesworth will be talking at the University of Glasgow about her work. Free to attend and open to the public, it’ll be an hour of lesbian and comic content you won’t want to miss!

Her graphic memoir, Sensible Footwear: A Girl’s Guide is a fascinating history of how post-war Britain transformed from a country hostile towards ‘queer’ lives to the LGBQTI+ universe of today, recording the political gains and challenges against a backdrop of personal experience: realising her own sexuality, coming out to her parents, embracing lesbian and gay culture, losing friends to AIDS. Kate’s ex-navy dad said to her: ‘You shouldn’t have told her, love… you should have just told me.’ But it turned out her mother might have known a bit more about life, too.

Sensible Footwear: A Girl’s Guide is out now.