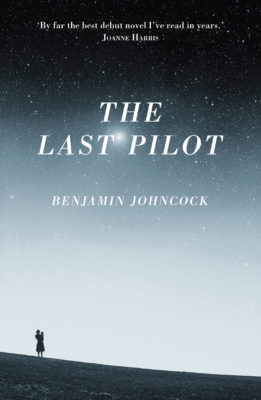 Join Benjamin Johncock and Andrew Smith at The Bookseller Crow on 9 July as they discuss Benjamin Johncock’s debut novel, The Last Pilot – a breathtaking story of love and loss set during the space race in 1950s America.

With echoes of Raymond Carver as well as Tom Wolfe’s The Right Stuff and Richard Yates’ Revolutionary Road, The Last Pilot re-ignites the thrill and excitement of the space race through the story of one man’s courage in the face of unthinkable loss.

During the event, Benjamin Johncock will discuss The Last Pilot with Andrew Smith, author of Moondust.

Published in July 2015 by Myriad, The Last Pilot is described by acclaimed author Joanne Harris as, ‘by far the best novel I’ve read in years’.