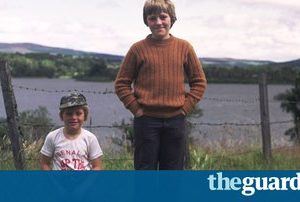 Tom Connolly remembers his late brother, Pip, for the Guardian:

‘Something about the prospect of turning 50 in March this year had been niggling me for some time, despite the fact that I’ve never taken much notice of birthdays… I began to realise it was sadness at the fact that soon after my 50th birthday I would become older than my big brother; my beloved, late, big brother. And that felt like an abomination.’