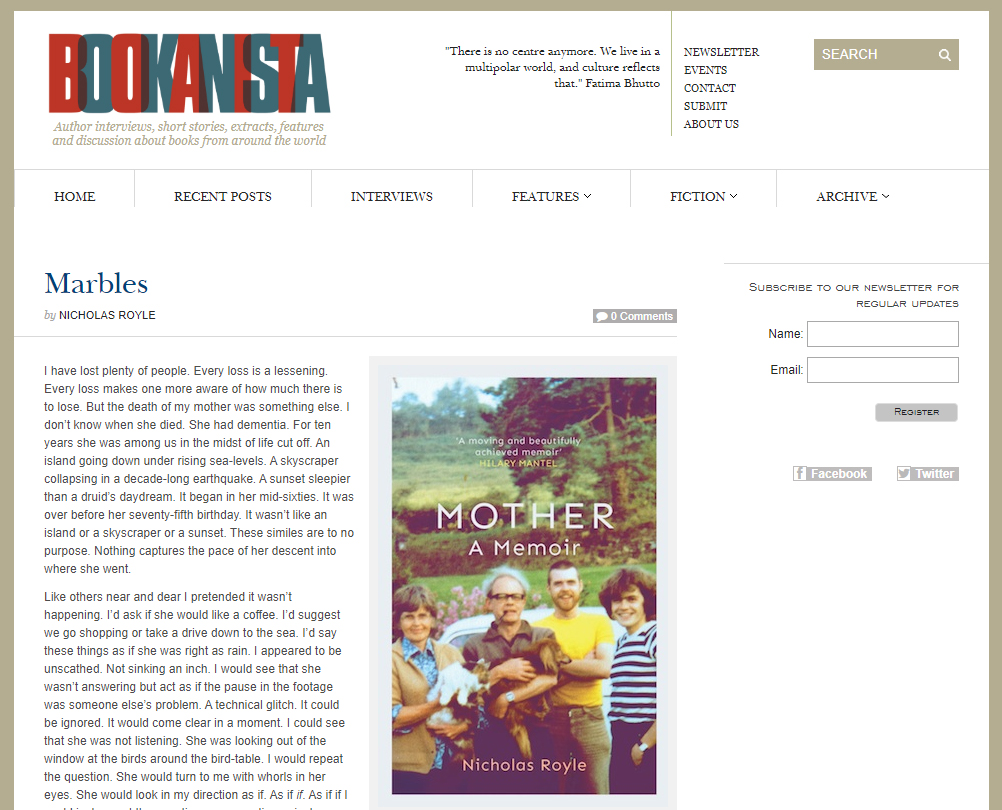 ‘I have lost plenty of people. Every loss is a lessening. Every loss makes one more aware of how much there is to lose. But the death of my mother was something else. I don’t know when she died. She had dementia. For ten years she was among us in the midst of life cut off. An island going down under rising sea-levels. A skyscraper collapsing in a decade-long earthquake. A sunset sleepier than a druid’s daydream. It began in her mid-sixties. It was over before her seventy-fifth birthday. It wasn’t like an island or a skyscraper or a sunset. These similes are to no purpose. Nothing captures the pace of her descent into where she went.’

Bookanista shares Marbles, a chapter from Mother: A Memoir by Nicholas Royle (available to order now).