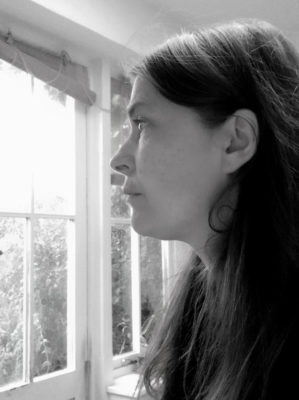 Brighton cartoonist and Cartoon County habitué Zara Slattery will be talking about her work-in-progress Coma Comic at  Cartoon County’s next meeting on Monday 25 November. Join in from 6.30pm at The Southern Belle, 3 Waterloo Street, Brighton BN3 1AQ. Zara will be in conversation with Resonance FM’s Alex Fitch from 7.30pm.

Coma Comic is the story of Zara’s 15-day drug-induced coma, in which she battles to protect her three children against the forces of evil that threaten to engulf her. Meanwhile, husband Dan tries to keep family life going as he faces the most difficult task of all: preparing the children for the likely loss of their mother. His diary, and that of the nurses in the Intensive Care Unit, who kept of record of Zara’s illness, interweave to make a powerful graphic memoir.

An extract from Coma Comic was shortlisted for the Myriad First Graphic Novel Competition 2018 and longlisted for the Laydeez Do Comics Awards 2019. Myriad will publish Coma Comic in January 2021. Follow Zara on twitter @inksplattery and on instagram @zaraslattery