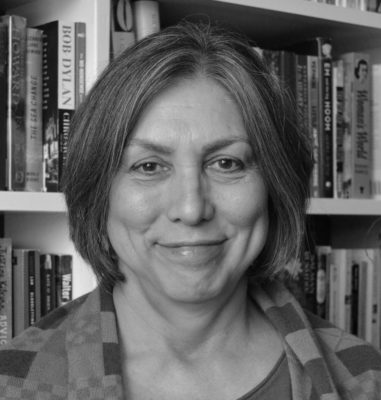 Writing Our Legacy is delighted to present Indian-British author Umi Sinha who will read from her debut novel Belonging and discuss, in conversation with Amy Lynn Zamarripa Solis, the influence of her Indian and British family on her writing.

Umi Sinha was born in India and spent the first ten years of her life on a remote naval engineering base in the Western Ghats. She moved to Britain with her mother and siblings at the age of fifteen. Her mother, born in Kent, was a writer and an artist. Her father was one of the first Indians to be accepted as an officer in the Royal Indian Navy and served on the Arctic Convoys in the Second World War.

Umi’s debut novel, Belonging, tells the interwoven story of three generations and their struggles to understand and free themselves from a troubled history steeped in colonial violence. When Lila Langdon is twelve years old, her mother unveils her father’s surprise 50th birthday present, but the evening finishes in a tragedy that ends her childhood in India and precipitates a new life in Sussex with her great-aunt Wilhelmina. From the darkest days of the British Raj to the aftermath of the First World War, the novel’s secrets unwind through Lila’s story of exile, through her grandmother Cecily’s letters home from India, and through the diaries kept by her father Henry. Umi Sinha’s unforgettable debut is an intense, compelling and finely wrought epic of love and loss, of race and ethnicity, of homeland—and of belonging.

Belonging was shortlisted for the Author’s Club Best First Novel of the Year Award 2016. In 2017, Umi has been awarded funding from the Society of Authors and Artists’ International Development Fund from Arts Council England and the British Council to undertake research in Italy and India for her second novel.

Tickets £5 from MK LitFest. Books will be on sale.