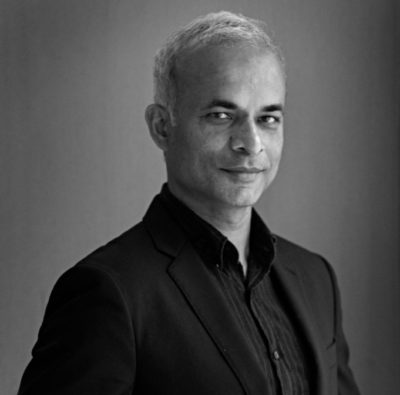 Join two prize-winning writers, Manu Joseph and Preti Taneja, alongside  fellow author and Jhalak Prize Co-founder Sunny Singh, as they discuss their recent novels Miss Laila Armed and Dangerous and We That Are Young, and about the experience of writing and reading contemporary India.

‘Manu Joseph’s new novel is a daring, page-turning thriller, filled with anger and wit and some of the loveliest sentences you will read this year’ Zoë Heller

Preti Taneja’s debut We That Are Young won the 2018 Desmond Elliot Prize.  Told in astonishing prose – a great torrent of words and imagery – We That Are Young is a modern-day King Lear that bursts with energy and fierce, beautifully measured rage. Set against the backdrop of the anti-corruption protests in 2011–2012, it provides startling insights into modern India, the clash of youth and age, the hectic pace of life in one of the world’s fastest growing economies – and the ever-present spectre of death.

‘In years to come, Preti Taneja will be known as one of the UK’s most important writers.’ Nikesh Shukla

All tickets include a complimentary glass of wine or soft drink. BUY ONLINE HERE, IN STORE OR BY PHONING 020 7636 1577.