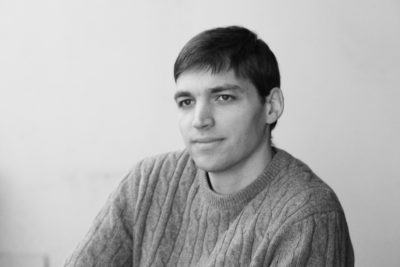 Cartoon County,  the seminal Sussex showcase for the best in comics since 1993, will play host to Will Volley – a Cartoon County regular in his early days – who will be coming to talk about his debut graphic novel, The Opportunity.

Indeed, The Opportunity (published just four days prior on March 31), is a masterpiece of graphic noir. It follows the trials of salesman Colin as he becomes a victim of his own positive thinking. As his sales team desert him in the face of impossible targets, we see Colin’s grip on reality fading amid the rain-lashed estates of Hastings.

Based on Will’s own encounters within this unregulated industry, The Opportunity is brutally British whilst being unadulteratedly American – with its classic noir style influenced by such greats as Alex Toth, David Mazzucchelli and so on.

First editions of the book will be available to purchase and Will will be happy to sign them!