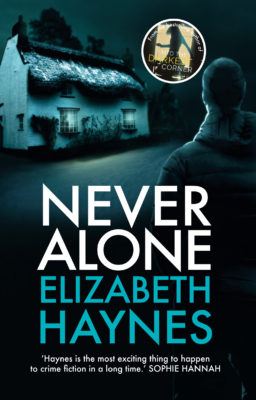 Elizabeth will be talking about her writing career and the inspiration behind her incredibly successful crime thrillers, the most recent of which is Never Alone.

The event is supported by Wells Library Friends.