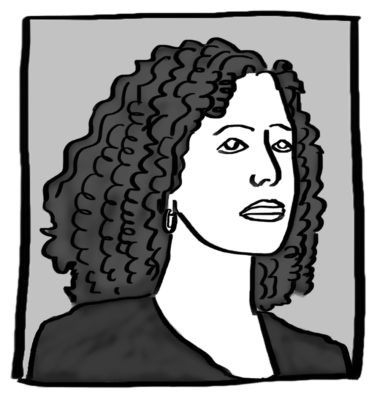 The Wolf of Baghdad is a graphic memoir with a soundtrack.

In the 1940s a third of Baghdad’s population was Jewish. Within a decade nearly all 150,000 had been expelled, killed or had escaped. This graphic memoir of a lost homeland is a wordless narrative by an author homesick for a home she has never visited.

Transported by the power of music to her ancestral home in the old Jewish quarter of Baghdad, the author encounters its ghost-like inhabitants who are revealed as long-gone family members. As she explores the city, journeying through their memories and her imagination, she at first sees successful integration, and cultural and social cohesion. Then the mood turns darker with the fading of this ancient community’s fortunes.

Carol Isaacs is taking part in this year’s London Jewish Film Festival, where projections of The Wolf of Baghdad will be accompanied by a live band including Isaacs on accordion and keyboards, playing the repertoire of Iraq and its ancient Jewish community. This is a sole screening at London Phoenix Cinema on 12 November at 6.45 pm, please do book tickets and make sure not to miss it.

The Wolf of Baghdad will be published in January 2020 but early copies will be available to buy at the venue.