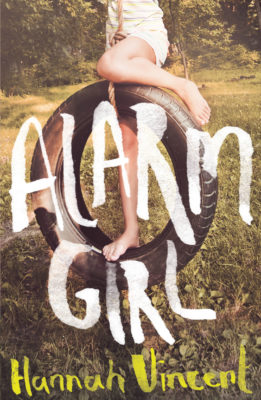 Novelists Umi Sinha (Belonging) and Hannah Vincent (Alarm Girl) will join forces to give readings and discuss the art of family secrets in their writing. This is part of the City Reads Brighton 2015 programme.

Umi Sinha’s compelling debut, Belonging, follows three generations of one family from India to England, from the darkest days of the British Raj to the aftermath of WWI. It deals with themes of race and ethnicity, of homeland and of the consequences of long-held family secrets.

Hannah Vincent’s 2014 debut, Alarm Girl (pictured), is set in the modern day and sees 11-year-old Indigo and her brother arriving in South Africa to stay with their father. Indigo is confused by the family’s silence surrounding her mother’s recent death in this story steeped in family drama and mystery.

Join Umi and Hannah as they read from their novels and discuss why they were drawn to write about family secrets. This will be followed by a chance to put your own questions to the authors as well as to buy signed copies of both novels.

This is a free event. For details and the full City Reads 2015 programme, visit the City Reads website.