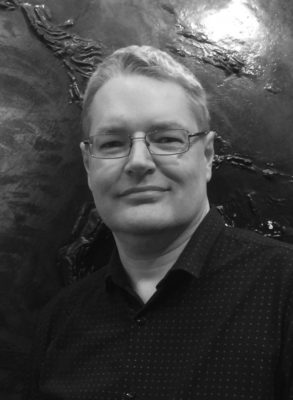 Darryl Cunningham, author of the forthcoming Graphic Science, to be published by Myriad in October 2017, is off to the Lakes! He will be joined by fellow cartoonists Hannah Berry and Fumio Obata in conversation with Alex Fitch on a panel about true stories, lies and dramatic license. For more details and tickets, visit the Lakes Comic Arts International Festival (LICAF) website. Other Myriad guests of the Festival include Paula Knight and Gareth Brookes, whose graphic novels, The Facts of Life and A Thousand Coloured Castles, have both been published to much acclaim by Myriad this year.

LICAF is a wonderful weekend to sample the joys of Kendal and the south Lakes, in a rainbow prism of all things comic. Creators and visitors and residents mingle in a perfectly-formed way, reminiscent of the premier French comics festival at  Angoulême where the whole town is devoted to the form of Bandes Dessinées. Only it’s in October, rather than January, so the weather is a great improvement on the French offer! Myriad will once again  be tabling at the Comics Clock Tower, so do come and sample our latest graphic books and those of our partners New Internationalist. And look out for Jade Sarson, author of For the Love of God, Marie! who will be signing copies of her award-winning book as well as the latest issue of her Cafe Suada mini-series.