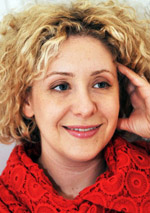 Join Sarah Lightman, author of the much awaited graphic memoir The Book of Sarah, to be published by Myriad in February 2018, for an exhibition and study day at the Women’s Art Library at Goldsmith’s to celebrate Charlotte Salomon.

2017 marks the 100th anniversary of the birth of Charlotte Salomon (1917-1943), a German-Jewish artist who was killed at Auschwitz at the age of twenty-six. Her main body of work, titled Life? or Theatre?, moves between images and texts, musical and cinematic references and challenges the artistic conventions of Salomon’s time. One of the inspirations for Sarah Lightman’s forthcoming book, Charlotte Salomon will be the focus of this study day at the Library, as well as an artistic intervention by Sarah herself.