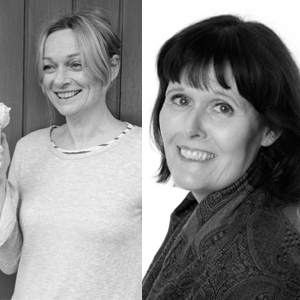 Join local author Ruth Figgest in conversation with Martine McDonagh about their new novels, literary inspirations and pathways to publication. Ruth’s debut novel, Magnetism, was published earlier this year; Martine’s latest novel, Narcissism for Beginners, is just out in paperback. Both novels are sharply observed and darkly comic, and investigate the most fundamental of family ties—the parent-child relationship.

Ruth Figgest was was born in Oxford but grew up in the USA. Her stories have been listed for the Bridport and other prizes, and broadcast on Radio 4.

Magnetism is set in the American mid- and south-west, and unfolds a love-hate mother-daughter relationship over more than 50 years against a backdrop of sweeping social change, awkward family gatherings, relationship disasters, and plastic surgery.

In Martine McDonagh’s latest novel, Narcissism for Beginners (longlisted for the 2018 People’s Book Prize and the 2017 Guardian Not The Booker Prize), we meet Sonny Anderson as he tips headlong into adulthood. Kidnapped at age five by his father, Guru Bim, and brought up in a commune in Brazil and then in California, he finally musters the courage to travel to the UK in an attempt to find his mother and learn the truth about his childhood.

This is a free event (and with wine too). We look forward to seeing you there!