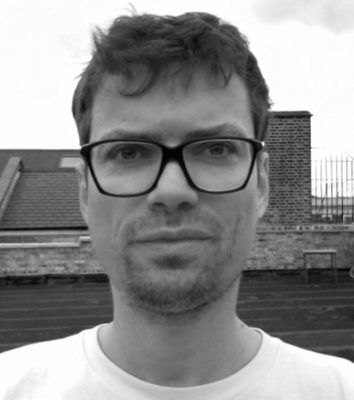 Olivier Kugler has been invited to talk at Graphic Days in Torino; a four-day conference featuring the biggest international names in visual communication. Olivier will be in conversation with founding members of graphic design studio Tsto, as well as High on Type, a collective formed by Hans Schuttenbeld and Guido de Boer.

Olivier Kugler studied Visual Communication in Germany and illustration at the School of Visual Arts, New York. He is a reportage illustrator based in London, and has won many awards, including the Association of Illustrators (AOI) Gold Award in 2004 and 2008. He was overall winner of both the V&A Illustration Award in 2011 and AOI World Illustration Awards in 2015. In June 2018, he won the Jury Prize of the European Design Awards and in November 2018, he won Prix du Carnet de Voyage International and the Coup de Coeur Médecins Sans Frontières at the Rendez-vous du Carnet de Voyage.

His visual book Escaping War and Waves is a collection of reportage drawings documenting the circumstances of Syrian refugees Kugler met on assignments in Iraqi Kurdistan, Greece and France for Médecins Sans Frontières, as well as drawings of Syrians he met in England, Germany and Switzerland.

This is a keynote event and will take place on the 4th October from 11.00 – 13.00 at Toolbox Coworking space. Tickets are 23 euros and can be bought online HERE