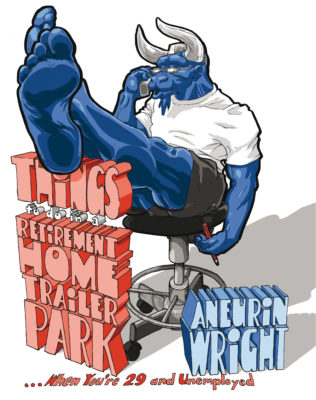 As part of one of London’s biggest and busiest annual comic conventions, Nye Wright (Things to do in a Retirement Home Trailer Park) and debut graphic novelist Will Volley (The Opportunity) will be exhibiting their work; selling and exclusively signing copies.

Nye Wright’s Things to do in a Retirement Home Trailer Park is a powerful, superbly drawn and deeply moving portrait of a young man coming to terms with his dying father, and with his own life, as he takes care of the old man in his final months. Arts Journal called it ‘a work of unflinching reality and subtle beauty.’

Will Volley’s The Opportunity will be published on 31st March. A modern-day Death of a Salesman, this thrilling debut graphic novel casts a spotlight on the unforgiving world of door-to-door selling and has been described by Jake Arnott as ‘a powerful drama that reminded me of Mamet’s Glengarry Glen Ross.’

For details of all events and exhibitors and to book tickets, visit the London Super Comic Convention website.