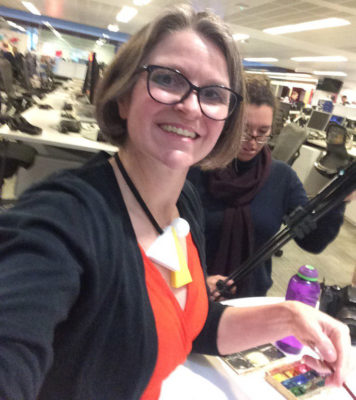 As co-founder of international comics network Laydeez do Comics, Nicola Streeten is well-placed as an authority on the history of women comics writers. In her new book, The Inking Woman, Streeten celebrates 250 years of British women cartoon and comics artists, uncovering a history of people behind everything from First World War propaganda postcards to Rupert the Bear.

Based on an exhibition of the same name, held at the Cartoon Museum in 2017, The Inking Woman, edited by Nicola Streeten and Cath Tate, demonstrates that women have always had a wicked sense of humour and a perceptive view of the world. The event, as part of Edinburgh International Book Festival, will focus on the history of women’s cartoonists and the humour within. No experience necessary!

£ Pay what you can for this event

Tickets go on sale at 8:30am on Tuesday 26 June. For more information and tickets, book here.