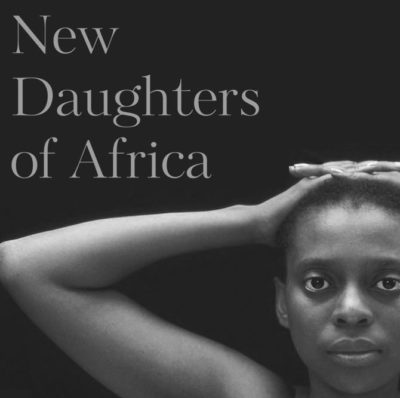 Be there for the launch of Myriad author Margaret Busby’s major new global anthology of writing by women of African descent, New Daughters of Africa.

Twenty-five years ago, Busby’s anthology Daughters of Africa was published to international acclaim and hailed as ‘an extraordinary body of achievement… a vital document of lost history’ (Sunday Times), and ‘the ultimate reference guide’ (Washington Post).

New Daughters of Africa builds on this rich tradition for a new generation of women writers in the landscape of African women’s writing today. A glorious portrayal of the accomplishments of over 200 contributors, New Daughters of Africa celebrates their global sweep, diversity and achievements, while also testifying to a wealth of genres. Head over to the book page on our website to see all the contributors and pre-order a copy of the book now (https://myriadeditions.com/books/new-daughters-of-africa/)

To launch this major new publication, WOW – Women of the World festival will be bringing together leading contributors to honour a unifying heritage and remarkable range of creativity of women from the African diaspora.

Arranged chronologically, New Daughters of Africa illustrates an uplifting sense of sisterhood and the links that endure from generation to generation, as well as common obstacles writers still negotiate around issues of race, gender and class.

Margaret Busby OBE was born in Ghana and educated in Britain. She co-founded Allison & Busby, publishing CLR James, Buchi Emecheta and Nuruddin Farah, among many others, and became director of Earthscan. She has judged literary awards, including the Caine, Baileys and Commonwealth prizes, served on the boards of PEN, Wasafiri and the Royal Literary Fund, and collected many honours including the 2015 Henry Swanzy Award.

Tickets are £22 and are available here via the Southbank website.