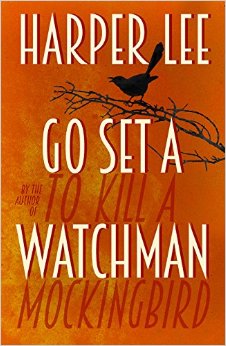 To mark the publication of the highly anticipated Harper Lee novel Go Set a Watchman, Myriad and Waterstones Brighton present an evening celebration of the author of To Kill a Mockingbird on 1 July.

Myriad authors Sara Marshall-Ball, Hannah Vincent and Aneurin (Nye) Wright will discuss the impact of this twentieth-century classic upon their own work, and its importance to American literature in general. Written in the mid-1950s, before To Kill a Mockingbird, the newly uncovered Go Set a Watchman features an adult Scout Finch and several other characters from Lee’s much-loved 1960 novel.

Sara Marshall-Ball wrote much of her first novel, Hush, while studying for an MA in Creative and Critical Writing at the University of Sussex. An extract from the novel was shortlisted for the First Drafts Competition (formerly the Writer’s Retreat Competition) in 2012 and explores the effects of childhood trauma on two adult sisters.

Hannah Vincent is an award-winning novelist and playwright. Her plays include The Burrow, Throwing Stones (Royal Court Theatre) and Hang (National Theatre Studio) and she has previously worked for the BBC as a television script editor. Her first radio play, Come to Grief, recently won Best Drama at the 2015 BBC Audio Drama Awards. She teaches Creative Writing for the Open University and is currently studying for a PhD at the University of Sussex. Her acclaimed debut novel, Alarm Girl, also features a female child narrator.

Graphic novelist Aneurin (Nye) Wright was born in rural Idaho, USA, and now lives in Brighton. His graphic memoir Things to Do in a Retirement Home Trailer Park was published to critical acclaim by Myriad in 2012. Wright draws a weekly strip for the Waterstone’s Blog called Sprout’s Bookclub, a recent edition of which featured Harper Lee’s To Kill a Mockingbird and former Education Secretary Michael Gove.

Free event; book groups and all readers are welcome.