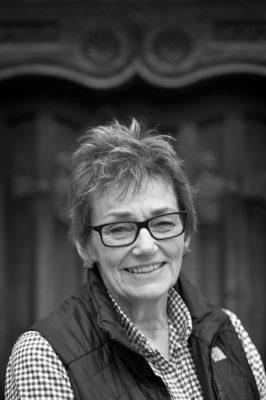 Helsinki Comics Festival 2019 aims to raise awareness for comics as a social force of change. The theme of this year’s festival is the environment. The festival has been organised by the Finnish Comics Society and is the largest annual comics festival in Northern Europe.

Comic artist Kate Charlesworth is this year’s guest of honour and will be interviewed by Johanna Rojola on the Boiler Room main stage, Sunday 8th September at 12.30 pm.

Kate Charlesworth is a cartoonist and illustrator living and working in Edinburgh. Her work has appeared in newspapers, magazines, books, indie comics, exhibitions and electronic media and she has drawn storyboards for Hot Animation and Aardman Animations. In 2014 she collaborated with Mary and Bryan Talbot – 2012 Costa biography winners for their graphic novel Dotter of Her Father’s Eyes – to illustrate Sally Heathcote: Suffragette, published by Jonathan Cape.

Her graphic memoir, Sensible Footwear: A Girl’s Guide is out now.

‘Sensible Footwear is a stunning achievement –  as a graphic study of LGBT history, and as a memoir of growing up gay in the 1950s onwards.  Kate’s fluid and tellingly detailed drawing reveals not only the frustrations and traumas of lesbian life, but also the laughter and camaraderie… and a glorious cavalcade of gay icons.’ Posy Simmonds

The festival is completely free and open to the public. You can view the online programme HERE.