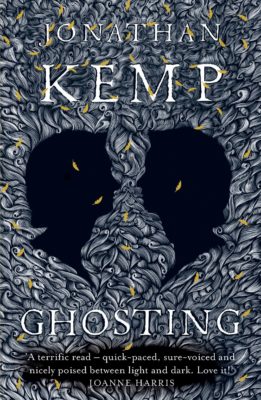 To celebrate the publication of acclaimed novel Ghosting, famous London bookshop Gay’s the Word plays host to author Jonathan Kemp for a special event at New Bloomsbury Set. At this free event, Jonathan will be in conversation with fellow writer Kerry Hudson about his new novel, as well as  discussing his previous books, London Triptych and Twentysix (both published by Myriad).

Described as ‘a rare combination of insight, compassion and brilliant craft’ (Kerry Hudson) and ‘a terrific read’ (Joanne Harris), Ghosting draws on a brilliant literary tradition of madness, incarceration and escape, to deliver the triumphant coming of age of a woman in her sixties.

Jonathan Kemp teaches creative writing and literature at Birkbeck, University of London, where he was named Distinguished Sessional Lecturer in 2010. His fiction and non-fiction has appeared in numerous magazines and anthologies and his debut novel, London Triptych, won the 2010 Authors’ Club Best First Novel Award.

Doors open at 3.30pm for a 4pm start. Tickets are free of charge. To book your place at the event, click here.