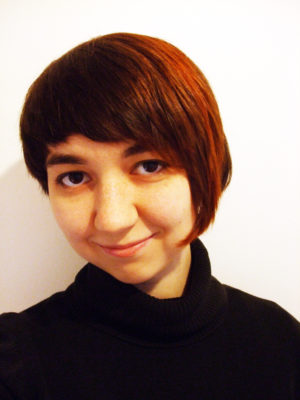 Jade Sarson, winner of the Myriad First Graphic Novel Competition in 2014 with an extract from For the Love of God, Marie! (Myriad, 2016), will be a guest at Laydeez Do Comics, this month hosted by the Cartoon Museum in London. She is joined by fellow guest and local Brighton author Joe Decie whose latest book Collecting Sticks has just been published. Make sure to reserve your place by booking now!

Laydeez Do Comics is  the first UK graphic novel forum led by women. Its focus is on comics work based on life narrative and the drama of the everyday. LDC was launched in July 2009 by  Nicola Streeten and Sarah Lightman.