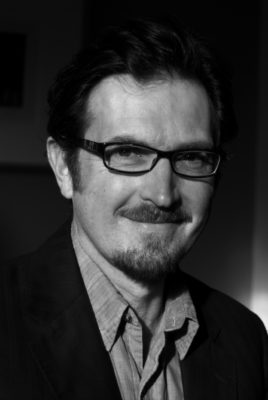 Ian Williams,  physician, comics artist and writer, and the author of The Bad Doctor, will be a keynote speaker at the Creating Space VI conference in Montreal on April 15 and 16.

Ian co-founded the Graphic Medicine website in 2007 with MK Czerwiec. The Bad Doctor was published in the UK by Myriad in 2014 and in North America  by Penn State University Press. Ian is now writing a sequel for Myriad, The Lady Doctor. He is co-author of the Graphic Medicine Manifesto, also from Penn State University Press and series editor of their Graphic Medicine list, as well as writing for various medical, humanities and comics publications. He contributes a regular comic strip, Sick Notes, to The Guardian newspaper.

Click on the links for further details of the Montreal conference and Ian’s contribution.