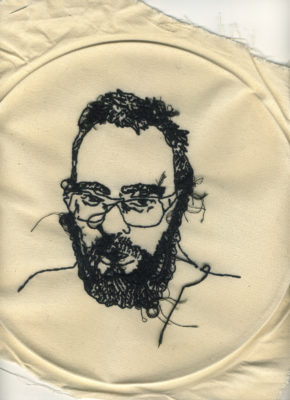 Gareth Brookes, winner of the inaugural First Graphic Novel competition and author of The Black Project, will exhibit and sell his work at DIY Culture, an annual, day-long festival taking place at Rich Mix cross-arts centre in the London Borough of Tower Hamlets.

Gareth Brookes’s debut graphic novel, The Black Project (Myriad, 2013), is executed in the mediums of lino-cut and embroidery. It also won Best Original Graphic Novel at the Broken Frontier Award and was longlisted for Best Book at the British Comic Awards. Original work from the book was featured in the 2014 Comics Unmasked show at The British Library. Gareth is currently working on his second graphic novel, A Thousand Coloured Castles, which will be produced entirely in crayon. Myriad will publish in 2017.