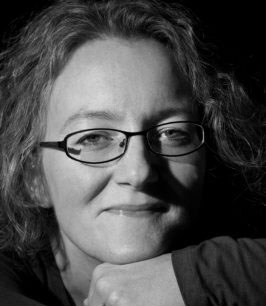 Elizabeth Haynes’s latest novel The Murder of Harriet Monckton is based on a true story that shocked and fascinated the nation. On 7th November 1843, Harriet Monckton, twenty-three years old and a woman of respectable parentage and religious habits, is found murdered in the privy behind the dissenting chapel she regularly attended in Bromley, Kent. The townsfolk are appalled by her death, apparently as a result of swallowing a fatal dose of prussic acid, and even more so when the autopsy reveals that Harriet was almost six months pregnant. No one was ever arrested or tried for Harriet’s murder.

Elizabeth Haynes felt a desperate sense of injustice for Harriet and for her unborn child. As she says: “Such a terrible thing had happened, an act of violence whether by accident or design. But why was Harriet the victim of that violence? I was determined to find out, hoping that the documents were going to help me achieve some sort of justice for Harriet.”

To hear Elizabeth talk about her fascination with this true life drama and why she made it the basis of her novel, reserve your place at the West Dean College Author Talk by registering your details here. The event is free and will be held at The Old Library.

West Dean College of Arts and Conservation in West Sussex is internationally recognised. It has one of the greatest restored gardens open to the public. A unique place to study, visit or stay, it is a centre of excellence, creativity and tranquillity.