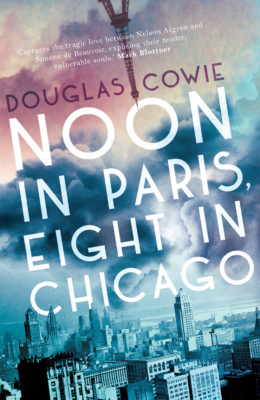 Reading from his highly anticipated new novel, Noon in Paris, Eight in Chicago, Douglas Cowie will be a guest at this monthly literary event in South London.

Noon in Paris, Eight in Chicago is a stunning novelisation of the dramatic love affair between Simone de Beauvoir and American writer Nelson Algren, moving effortlessly between Beauvoir’s intellectual circle in Paris and the gritty streets of Algren’s Chicago.

Douglas Cowie is originally from Chicago and now lives in London where he is a Senior Lecturer in Creative Writing at Royal Holloway.

Vanguard Readings, founded in 2011, and its publishing arm Vanguard Editions, founded in 2014, were both set up to promote the work of new writers and established authors in print and performance. At the May event, Douglas will read alongside authors Clarissa Aykroyd, Charles Lauder Jr, Dan O’Brien and Kelley Swain.