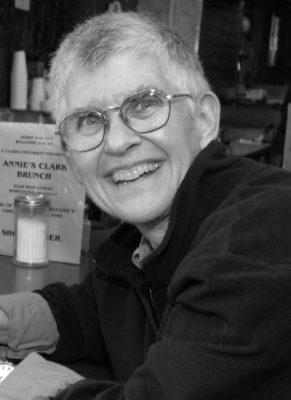 Cynthia Enloe, Research Professor, author and eminent feminist scholar has been invited to by Kings College London and London School of Economics to discuss the #MeToo campaign and its impact on the ways in which global security is understood, experienced and practised.

Cynthia Enloe’s career has included Fulbrights in Malaysia and Guyana, guest professorships in Japan, Canada, UK, Australia, and New Zealand, as well as lectures in Sweden, Norway, Iceland, Germany, Portugal, Chile, Vietnam, Korea, Colombia, Bosnia, Turkey, Brazil, the Czech Republic, Ukraine, and at universities around the U.S. Her writings have been translated into Spanish, Turkish, French, Portuguese, Japanese, Korean, Swedish, Czech, Icelandic and German. She has published in Ms. Magazine and The Village Voice, and appeared on National Public Radio, Al Jazeera, C-Span and the BBC.

Professor Enloe’s fifteen books include Maneuvers: The International Politics of Militarizing Women’s Lives, The Curious Feminist and Nimo’s War, Emma’s War: Making Feminist Sense of the Iraq War, The Real State of America: Mapping the Myths and Truths about the United States, Seriously! Investigating Crashes and Crises as if Women Mattered, Bananas, Beaches and Bases and Globalization and Militarism: Feminists Make the Link.  Cynthia’s latest book is The Big Push: Exposing and Challenging Persistent Patriarchy.

Professor Enloe’s feminist teaching and research have explored the interplay of gendered politics in the national and international arenas, with special attention to how women’s labor is made cheap in globalized factories (especially sneaker factories) and how women’s emotional and physical labor has been used to support many governments’ war-waging policies—and how diverse women have tried to resist both of these efforts. Racial, class, sexual, ethnic and national identity dynamics, as well as ideas about femininities and masculinities, are common threads throughout her studies.

The talk will run from 7 pm to 10 pm. This event is jointly sponsored by Kings College London and The London School of Economics. It is free to attend but you must first register HERE.