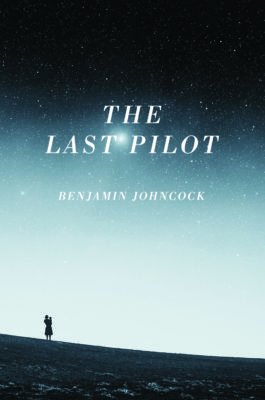 Myriad invites you to join us in celebrating the publication of Benjamin Johncock’s stunning debut novel, The Last Pilot, at Waterstones Norwich on 1 July from 7.30pm.

With echoes of Tom Wolfe’s The Right Stuff and Richard Yates’ Revolutionary Road, The Last Pilot is set during one of the most emotionally charged periods in American history. It re-ignites the thrill and excitement of the space race through the story of one man’s courage in the face of unthinkable loss.

Benjamin Johncock is the recipient of an Arts Council England grant, the American Literary Merit Award, and is a winner of Comma Press’s National Short Story Day competition. His short stories have been published by The Fiction Desk and The Junket and he is a regular contributer to The Guardian.

Joanne Harris describes The Last Pilot as ‘by far the best debut novel I’ve read in years’ and Jon McGregor hails Benjamin as ‘a writer of great craft and integrity’.

Benjamin will be reading from and signing copies of the book which will be available to buy on the night.