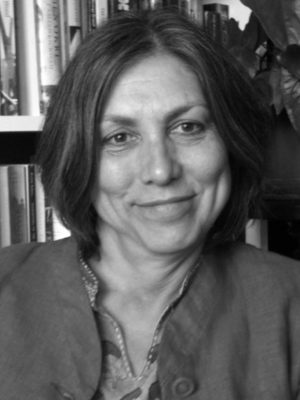 Hosted by Kadija Sesay, poet and editor of SABLE LitMag, this special evening event at The Drawing Room @54 features two debut novelists based in Sussex whose fiction transports us to Sri Lanka and India.

Umi Sinha is a writer and storyteller. She was born and grew up in India and moved to the UK when she was fifteen. She has an MA in Creative Writing from Sussex University and taught on the two year Certificate in Creative Writing there for ten years. She now teaches and supervises MA students at Brighton University as well as running her own courses, a mentoring service for writers and an oral storytelling club in Newhaven. She has had short stories published in magazines and anthologies. Belonging is her first novel.

From the darkest days of the British Raj through to the aftermath of the First World War, Belonging tells the interwoven story of three generations and their struggles to understand and free themselves from a troubled history steeped in colonial violence. It is a novel of secrets that unwind through Lila’s story, through her grandmother’s letters home from India and the diaries kept by her father, Henry, as he puzzles over the enigma of his birth and his stormy marriage to the mysterious Rebecca. Set in India and Sussex.

Minoli Salgado, born in Malaysia, is a writer and academic of Sri Lankan descent. She grew up in Sri Lanka, South East Asia and England, and is a Senior Lecturer in English at the University of Sussex where she teaches postcolonial literature. Her fiction and poetry have been published internationally. She is also the author of Writing Sri Lanka, the first monograph on Sri Lankan literature in English in relation to the civil war. In 2012 she was selected as the Olympic poet for Sri Lanka in London’s Poetry Parnassus and won the inaugural SI Leeds Literary Prize for her debut novel.

In A Little Dust on the Eyes the bustle of an English seaside resort gives way to the unreal calm of a coastal community in southern Sri Lanka as Savi and Renu, two cousins separated by civil war, are reunited just weeks before the tsunami strikes. Renu is struggling to find evidence that will bring political killers to justice; Savi is struggling to heal the damage wrought by a broken childhood. They are just catching up with the secrets of the past when the past catches up with them. This haunting and richly textured novel of intersecting lives, memory and loss confronts the twin tragedies of a brutal civil war and the Boxing Day tsunami, revealing the intimate connections between silence and violence, displacement and desire.

The evening will include readings from both writers and a conversation with them afterwards.

Tickets cost £3, include a glass of wine, and can be ordered online here.