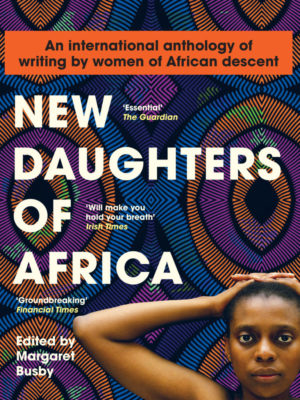 ONLINE EVENT WITH THE BRITISH LIBRARY

A discussion on African representation in education, art and literature with The Black Curriculum and the British Library.

To mark the paperback release of the pivotal anthology New Daughters of Africa, contributors Anni Domingo, Ade Solanke, Goretti Kyomuhendo and Zukiswa Wanner join Lavinya Stennett, founder of The Black Curriculum, to discuss their perspectives on African representation in education, art and literature. We will also hear readings from the anthology itself.

New Daughters of Africa celebrates the work of 200 women writers of African descent and charts a literary landscape as never before. From Antigua to Zimbabwe and Angola to the USA, overlooked artists of the past join key figures, popular contemporaries and emerging writers in paying tribute to the heritage that unites them, the strong links that endure from generation to generation, and their common obstacles around issues of race, gender and class.

Tickets are Pay What You Can and can be bought HERE