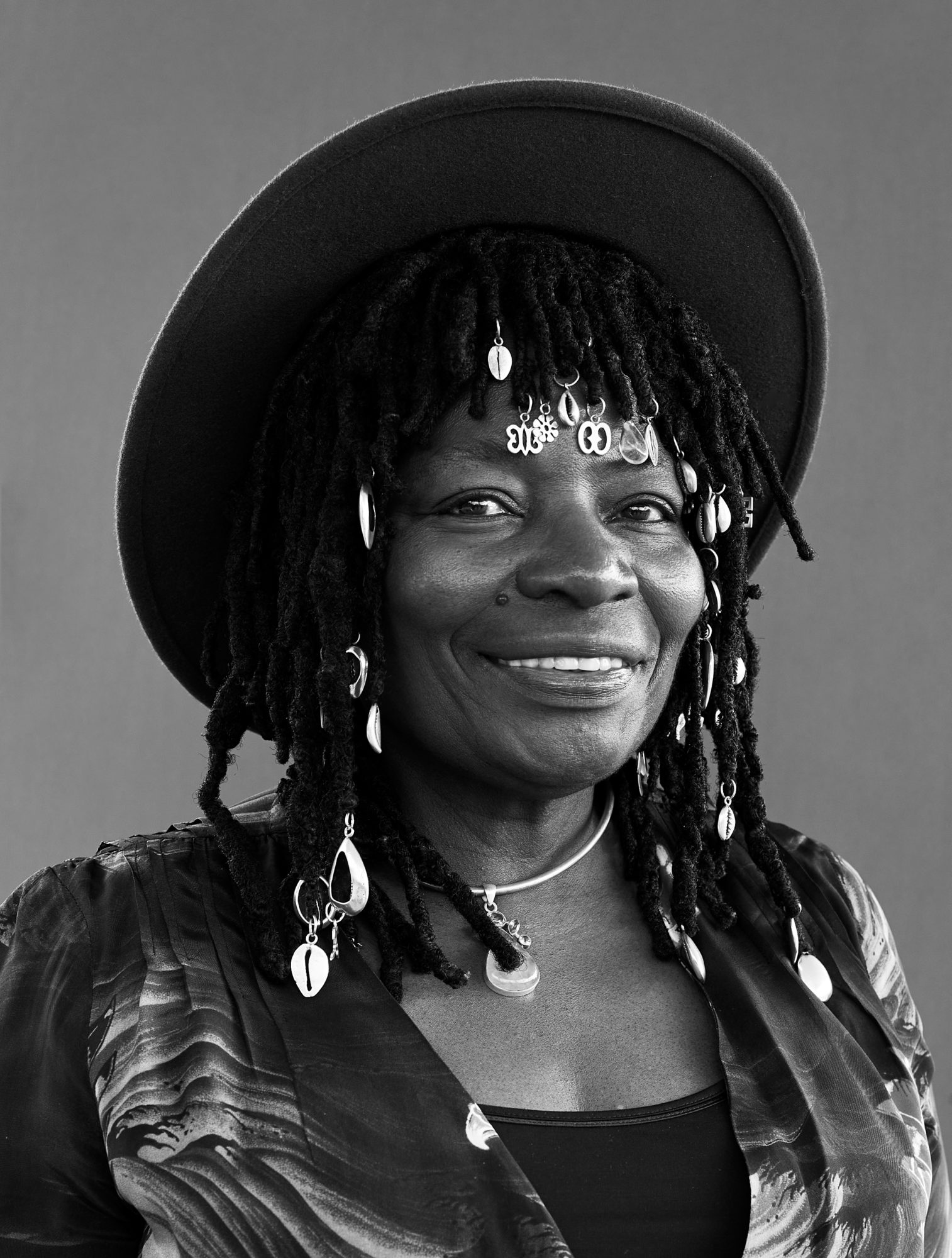 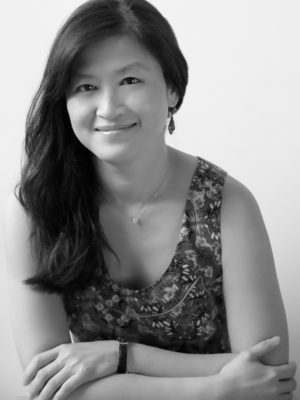 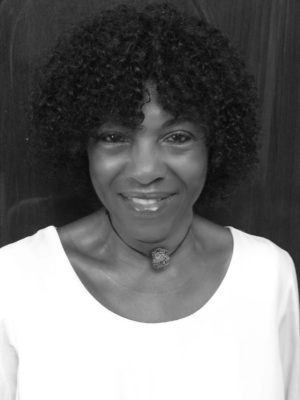 Yvonne Bailey-Smith was born in Jamaica and immigrated to the UK in 1969 when she was a teenager. She trained and worked first as a social worker before becoming a psychotherapist. She is also a Water Aid Supporter and passionate about providing clean water and sanitation in developing countries.

Yvonne Bailey-Smith was joined by novelists Leone Ross and Louise Hare at Bradford Literature Festival’s digital edition to discuss ‘Worlds After Windrush’ – the inspiration for their fiction and their sense of belonging to a Caribbean literary tradition. 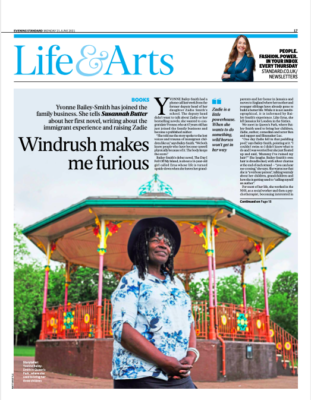 Yvonne Bailey-Smith tells the Evening Standard’s Susannah Butler about her first novel, writing about the immigrant experience and raising Zadie.

Yvonne Bailey-Smith in The Observer: ‘I was terrified of giving Zadie my manuscript’ 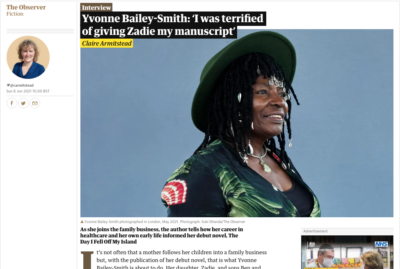 Claire Armitstead talks to Yvonne Bailey-Smith about joining the family business, her career in healthcare and how her own early life informed her debut novel, The Day I Fell Off My Island. 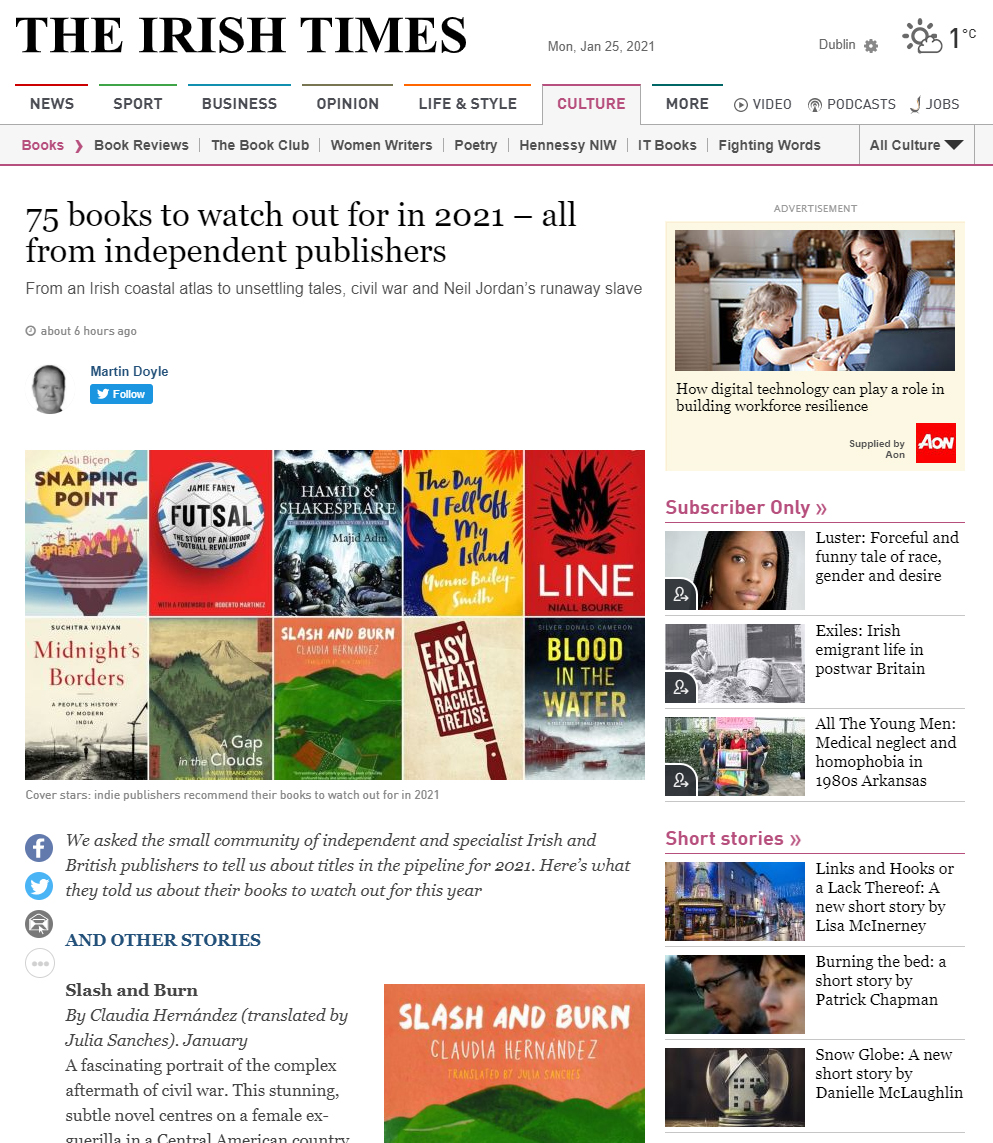 The Irish Times picked 75 books you need to watch out for in 2021, all by independent Irish and British publishers. The list includes upcoming Myriad debut novels, The Day I Fell Off My Island by Yvonne Bailey-Smith and Hamid & Shakespeare by Majid Adin.  See the list in full HERE. 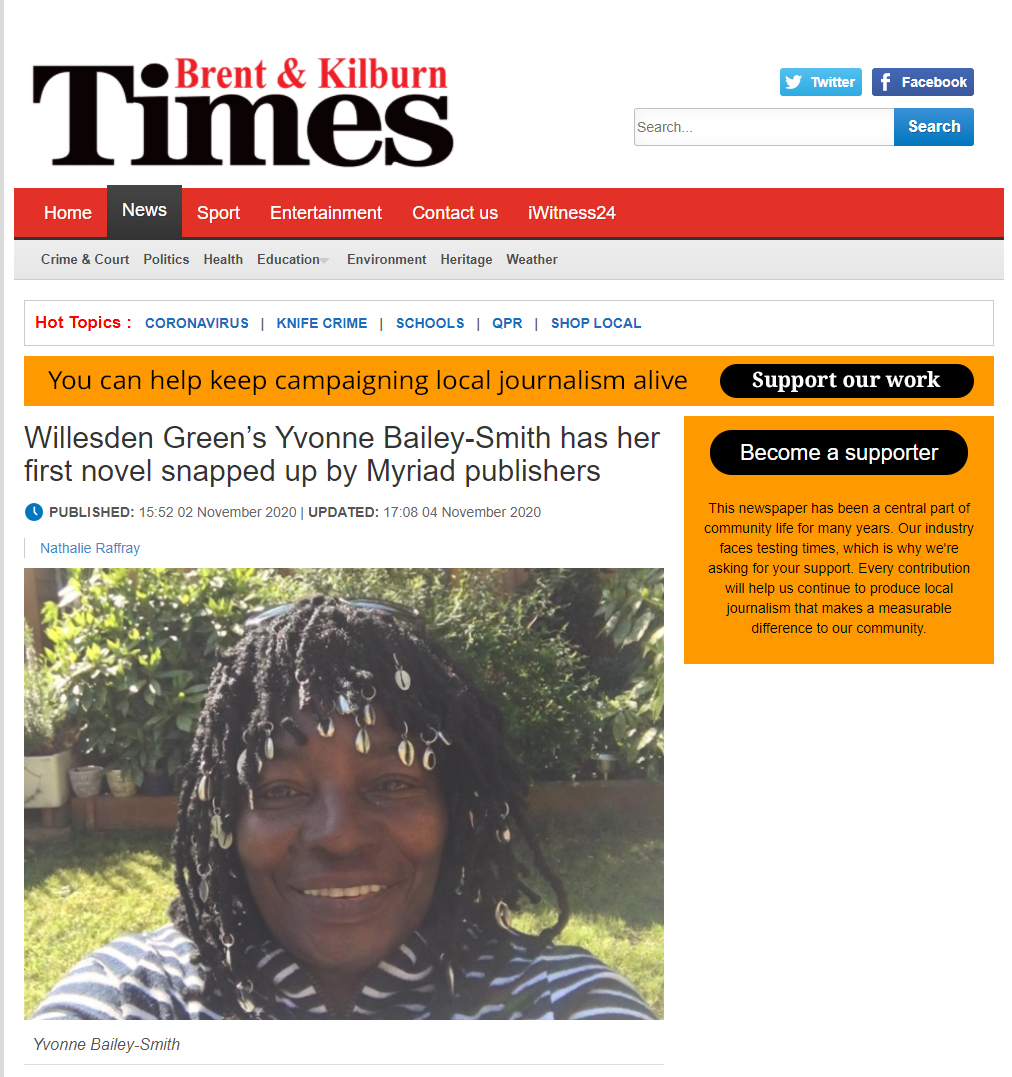 Brent and Kilburn Times shares news of author Yvonne Bailey-Smith’s upcoming novel, The Day I Fell Off My Island, which we are publishing in June 2021.

The Day I Fell Off My Island tells the story of Erna Mullings, a teenage Jamaican girl uprooted from her island following the sudden death of her beloved grandmother. When Erna is sent to England to be reunited with her siblings, she dreads leaving behind her elderly grandfather, and the only life she has ever known. A new future unfolds, in a strange country and with a mother she barely knows. The next decade will be a complex journey of estrangement and arrival, new beginnings and the uncovering of long-buried secrets.