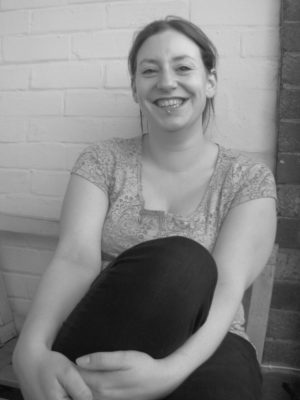 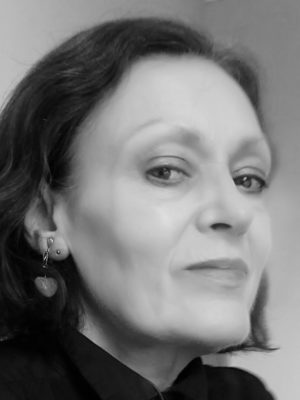 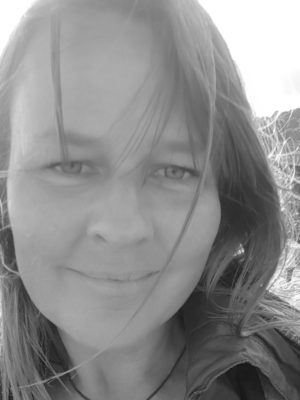 Panos Karnezis was born in Greece and came to the UK in 1992 to study for a PhD in Engineering. While working at Rolls Royce and then at British Steel, he started writing fiction. He was offered a place on the University of East Anglia’s MA in Creative Writing and he gave up his engineering career. His first novel, The Maze, started at UEA, was shortlisted for the Whitbread First Novel Award. Three further novels followed—The Birthday Party, The Convent and The Fugitives—and a collection of stories, Little Infamies. His work is translated into 20 languages. He lives in Wimbledon, London.

His novel, We Are Made of Earth, was published by Myriad in September 2019.

We are Made of Earth: Greece’s leading novelist explores refugee crisis 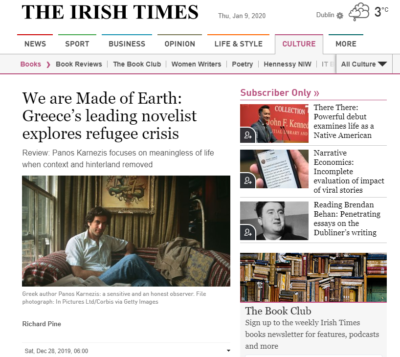 ‘Panos Karnezis is possibly the leading Greek novelist of his generation, and one of Europe’s most distinguished storytellers.

In We are Made of Earth… he takes us, perhaps irresistibly, to the current refugee crisis and, although his location is dystopian, it can be readily imagined as a remote Greek island on which both the tragedy and the comedy of human weakness are acted out.’

Richard Pine reviews We are Made of Earth by Panos Karnezis for The Irish Times. 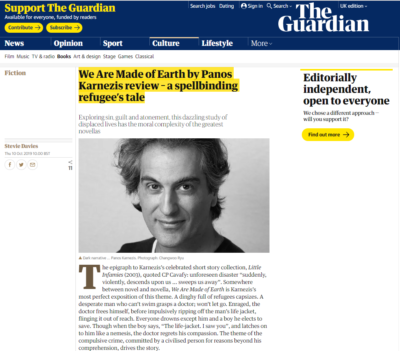 ‘Exploring sin, guilt and atonement, this dazzling study of displaced lives has the moral complexity of the greatest novellas.’

We Are Made of Earth by Panos Karnezis receives huge praise in a review by Stevie Davies this week in The Guardian. Read in full HERE.

We are Made of Earth on Bookanista 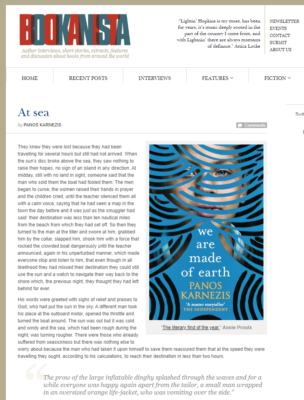 ‘The boy was not heavy but it was still hard to swim with the extra weight. He let go of him again and tried to climb on to the upturned dinghy, but he could not; nor did he manage to push the boy on it.’

A mesmerising extract from We are Made of Earth, the latest novel by Panos Karnezis, featured recently on Bookanista. Click HERE to read.