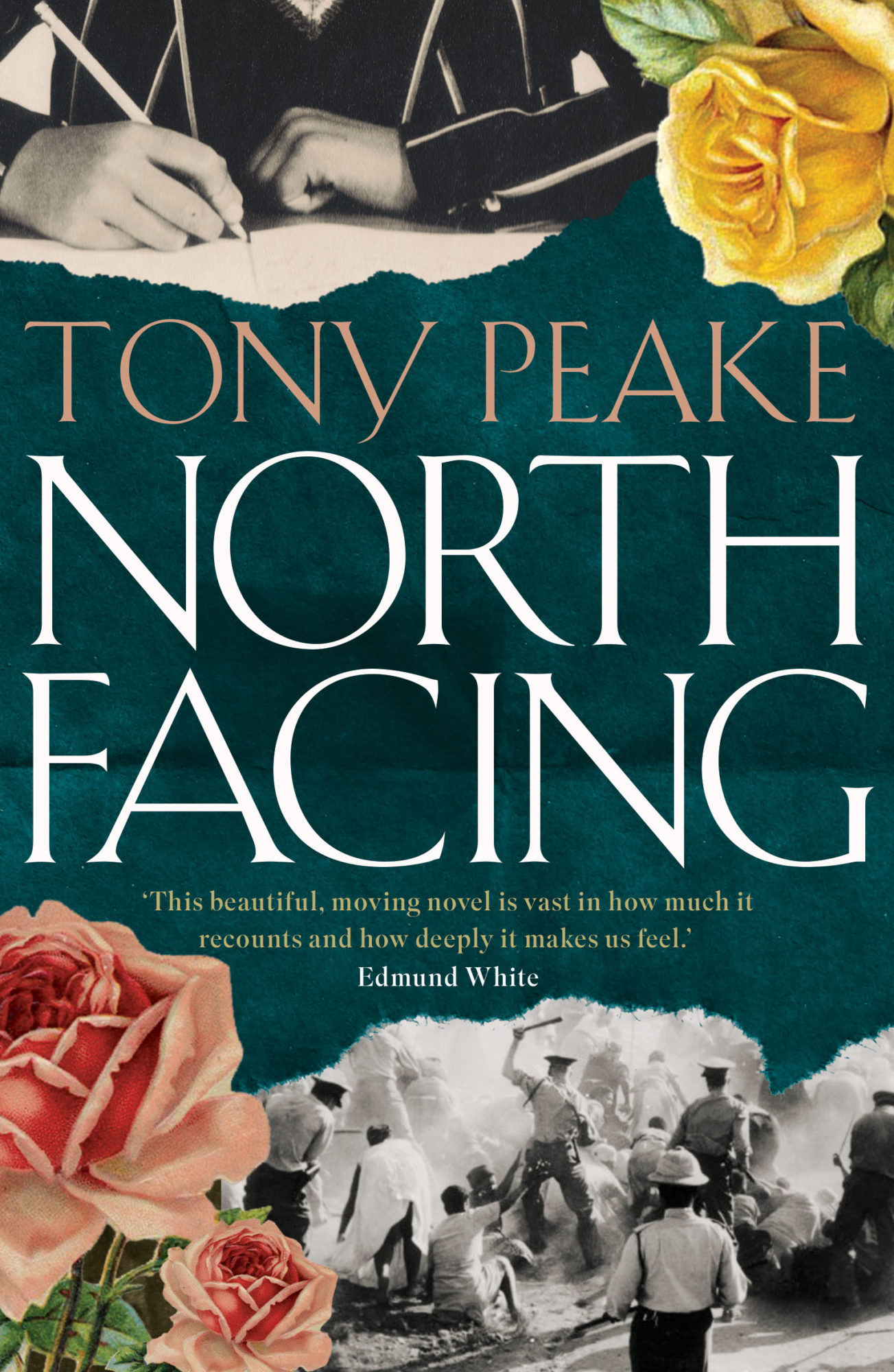 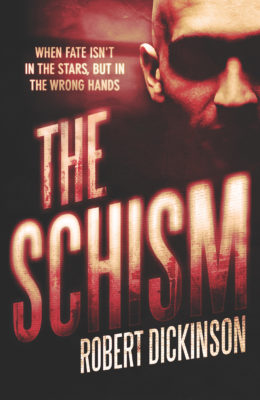 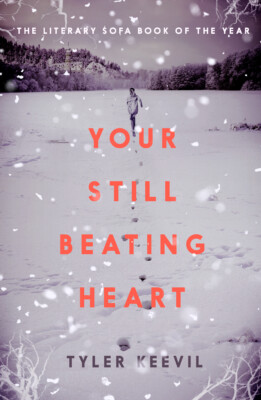 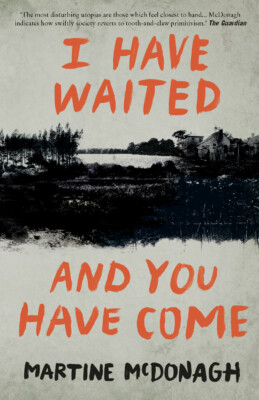 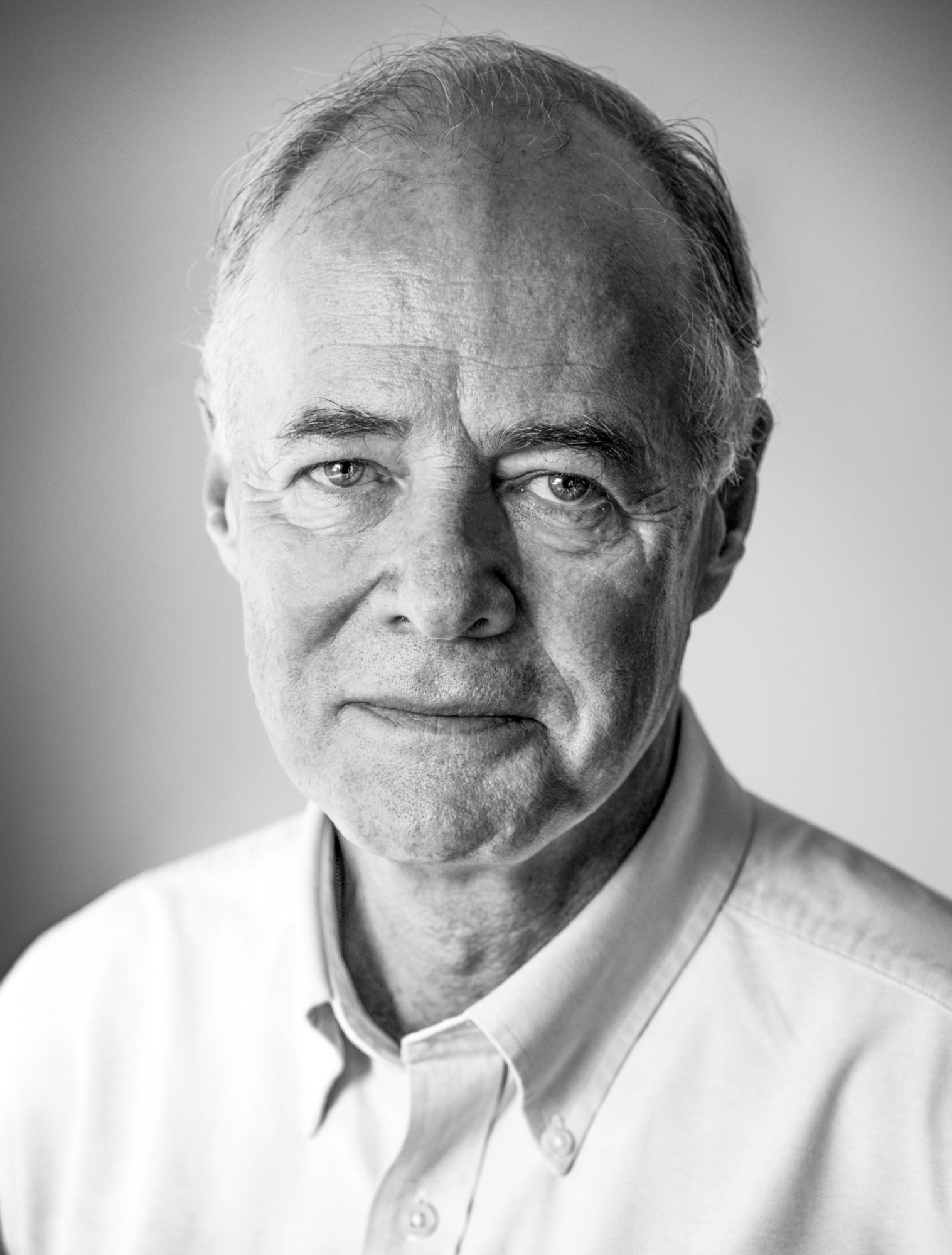 ‘This beautiful, moving novel is vast in how much it recounts and how deeply it makes us feel’—Edmund White

A novel of awakening and atonement written by Tony Peake, this exquisitely realised story revisits a seminal boyhood moment as it plays out — with unexpected and sinister consequences — against the backdrop of political upheaval in South Africa.

For one long, intense week in October 1962, the Cuban Missile Crisis brought with it an East-West stand-off and the possibility of nuclear holocaust. On the other side of the globe, in Pretoria, a group of schoolboys scan the horizon for signs that the world is about to end.

There is political tension here too, and the power struggles and cruelties of the boys mirror the corruption of a deeply divided country. Paul Harvey – sensitive, isolated, and desperate to fit in at school despite his English heritage – will do whatever is needed to please the class ringleader, Andre du Toit.

Now in his sixties and living abroad, Paul is drawn back to South Africa to confront the unexpected and chilling consequences of this seminal boyhood moment – and the part he unwittingly played in the drama that unfolded.

This is the power of Tony Peake’s writing… it’s just heartbreaking… it’s so shocking… when the book ends you’re absolutely hanging on every word on the last pages. You don’t want it to end.

North Facing is an interesting character study that takes in large events and issues... but explores them from a small, personal viewpoint. The key turning points of the plot emerge only gradually, which is a very effective touch... Overall, this quiet-seeming novel is well worth a read.

Beautifully plotted, the reader is instantly connected to Paul as a character... Thoroughly compelling and unexpectedly moving, North Facing is a fascinating portrait of both a childhood and a country.

Tony Peake’s compelling and haunting new novel makes the political personal... It is elegiac in its depiction of things half-understood, telling in its detail – an African comb becomes totemic in memory – and a gracefully achieved work of art made more powerful by its quiet anger and understatement.

The saying that a man cannot cross the same river twice, because the river has changed and the man has changed, is a truism nowhere better illustrated than in South African writer Tony Peake’s latest novel North Facing, a gripping and extremely moving account of Paul Harvey, a man in his sixties, coming to terms with the shattering aftermath of a stupid act of bravado at 14, which takes place at his boarding school in Pretoria. It is an act of ignorant betrayal by young Harvey who is led to it against the grain of character in his desperation to be accepted by a group of fellow pupils. But it has enormous consequences that ambush our protagonist, as he embarks on an adult journey of self-exculpation.

Deftly written and subtly plotted, the reader is drawn into a preternatural awareness that something dark lurks behind the woodpile of the story, waiting to be triggered by the unwitting actions of the boy at the centre, too young to understand the train of events he sets in motion.  The narrative is gulp readable and the final twist at the very end an emotional cliff-hanger, but this would be to miss the deeper allegorical sub-surface messages and sexual sub-text. Peake exactly captures the nuance and ambiguity of a child who ‘can’t really comprehend the meaning of far off events’, living within dimly perceived horizons set by adults.

North Facing is one of a recent stable of coming-of-age books set in South Africa, where moral issues are re-visited in later life ; the excellent Verwoerdburg by Johann Rossouw, with it’s interrogation of a personal past set in apartheid days, and similar thematic treatments by J M Coetzee and Justin Cartwright, spring to mind; but Peake  takes us into a new literary space currently occupied by writers of the ilk of Annie Ernaux, the French author of The Years,  (described by the New York Times as a Remembrance of Things Past for our age of media domination and consumerism.)

Like Ernaux, Peake superimposes the narrow drama of his protagonist against the backdrop of wider world and South African political events, ‘dimly perceived’, through a lens of memory, language (a liberal use of ‘sixties idiomatic Afrikaans, with no translation, which adds to the almost uncanny atmospheric verisimilitude), news headlines, and cultural impressions. The Cuban missile crisis overlaps with the arrest of Nelson Mandela, the way blacks and whites address one another, the master servant relationship, the slang of the boys at school. All this is so accurately captured by Peake, that words become pictures in the mind, as if the Pretoria past was photo-shopped; if you are old enough to have lived through that period (I also went to school in Pretoria in the ‘sixties) you are instantly transported back to a forgotten world. It’s as if a door has unexpectedly opened, and with a pang, the reader is prompted to put down the narrative, and consider his own inward mind.

Pace Ernaux, of all the ways in which self knowledge may be fostered, perhaps one of the greatest is a person’s ability to discern the past, at every time of life and every age. Peake’s attentive ear for the genre of collective memoir, where the passing of time is recollected in side events, layer upon layer, as refracted through the young eyes of Paul Harvey, not only makes us blush for his youthful indiscretion, and the shame of it, but we blush for our own shame at not completely understanding the cruel sociology of the country we were living in, and for much the same reasons – we were too young.  North Facing forces you to ‘know the place for the first time’.

In 1962, Paul Harvey is at boarding school in Pretoria, South Africa. His English parentage marks him as an outsider, but he’s keen to join the most exclusive club in school: the friendship circle of one Andre du Toit. At first, du Toit appears nothing but a bully, but then he starts to be more friendly towards Paul – and soon Paul finds himself part of du Toit’s group.

Du Toit is known to set the members of his club tasks in order for them to keep their place. Paul’s secret mission is to keep an eye out for anything unusual at the meetings of Mr Spier’s after-school General Knowledge club, write a report for du Toit, and steal whatever he notices. All is not as it seems, however, and the ramifications of Paul’s task can still be felt fifty years later, when he returns to South Africa to face the past.

North Facing is an interesting character study that takes in large events and issues (such as apartheid and the Cuban Missile Crisis) but explores them from a small, personal viewpoint. The key turning points of the plot emerge only gradually, which is a very effective touch. The present-day strand feels a little underplayed, as it turns out to be more of a frame than an equal plot thread. But overall, this quiet-seeming novel is well worth a read.

At school in Pretoria in 1962, Paul Harvey struggles to fit in - desperate to join the popular group no matter what it may take. His focus on surviving the perils of school so intense, that he fails to see the turbulence in both South Africa and the larger world - with the arrest of Nelson Mandela and the Cuban Missile Crisis affecting the actions of the adults around him. A new and charismatic teacher decides to educate the boys in the unstable situation in the world outside - and a growing awareness of both that and his sexuality pushes Paul Harvey into decisions that he later comes to regret - and their weight pushes him to return to South Africa in the present day - a man in his sixties keen to make sense of a troubled and darkly compelling past.

Tony Peake, like Paul Harvey, was born in South Africa. Since moving to London, he's published several novels and a biography of Derek Jarman, as well as a number of short stories. His experiences - both in terms of sexuality and of growing up in South Africa lend the events of North Facing an immediate intimacy - and a remarkably strong sense of place - the South African heat blending perfectly with the fire of teenage angst to create a read that's both evocative and, especially in conclusion, exceptionally moving. Beautifully plotted, the reader is instantly connected to Paul as a character - and his journey is, despite the heightened drama that is perhaps necesary in order to create a compelling plot, relatable to anyone who was ever a teen.

Writing as a man looking back on his childhood allows Peake to feed in glimpses of the outside world to the sheltered private school setting, and it works remarkably well - an innocence of childhood shattered in a way that feels realistic in the power of the emotion that Peake conveys - always with intelligent perception. Thoroughly compelling and unexpectedly moving, North Facing is a fascinating portrait of both a childhood and a country.

Tony Peake’s compelling and haunting new novel makes the political personal. Here, the other country which is the past is Apartheid South Africa, recalled with aching hindsight by an Englishman who spent his childhood there. History is happening outside the privileged confines of a white boys’ boarding school – the Cuban Missile Crisis, the rise of the ANC – within, the corruption of the wider society is played out in microcosm in the power struggles and cruelties of damaged little rich boys, until, with chilling inevitability, they lead to an almost inadvertent betrayal which has terrible consequences and resonances.

North Facing is elegiac in its depiction of things half-understood, telling in its detail – an African comb becomes totemic in memory – and is a gracefully achieved work of art made more powerful by its quiet anger and understatement. 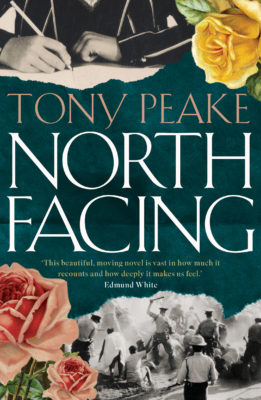