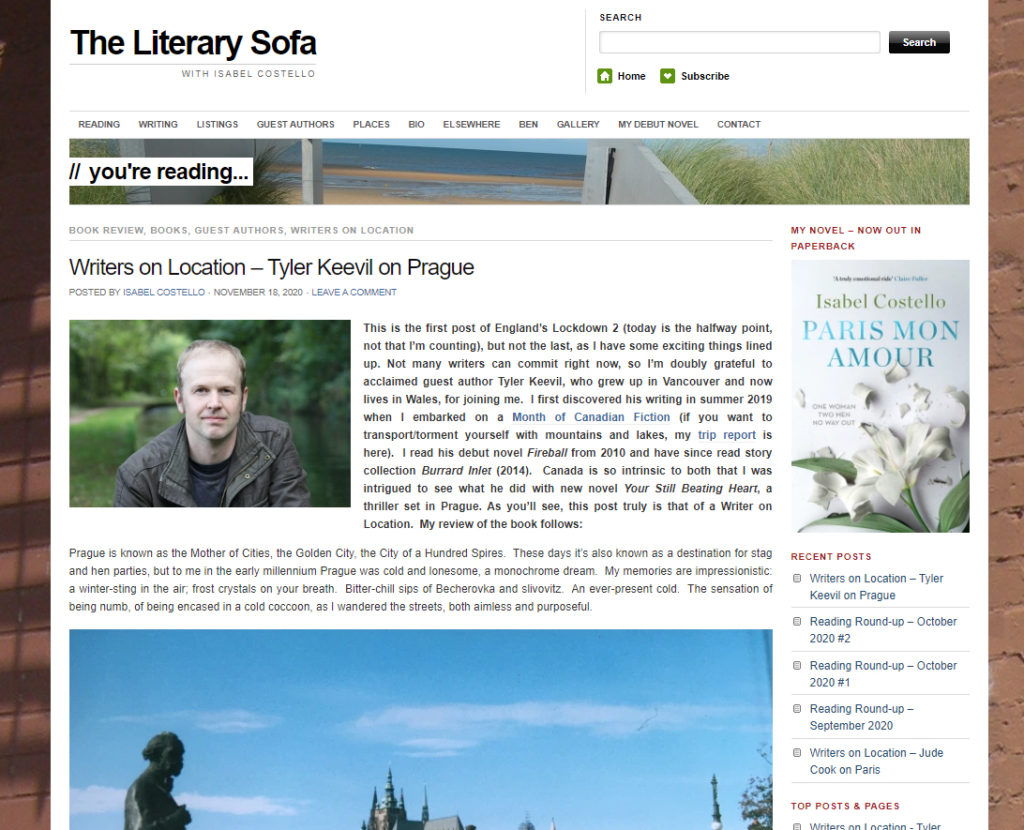 “I had no contacts there, no friends or relatives to look up.  I’d booked a bedsit on the internet, unbelievably cheap for the location, in Vinohrady, within walking distance of Prague 1, the Old Town and tourist district.  I paid the equivalent in koruny of about $200 Canadian per month.  Eira’s room in the novel is based on it.  Too small to be called a studio flat – maybe ten by twenty feet.  A shower in one corner.  The toilet in the hall outside.  A battered cupboard with a single hotplate.  A bed that resembled an army cot.  Musty carpet and stale smoke.  Peeling wallpaper.  Cracked paint.  It was exactly what I’d wanted.

After deducting rent, I had a budget of about five dollars a day to get me through the autumn and winter.  On the hot plate I boiled potatoes and pasta, fried vegetables and eggs.  I bought the cheapest beer and cigarettes and spent evenings sitting at my window, smoking and imitating the pictures I’d seen of Camus.  It was an act, of course.  I was playing at being a writer.  But part of my act was writing.  And in the mornings I stayed sober and focused: I would boil coffee on my hotplate and write longhand in my notebook.  I had the will, but no direction, no craft, no skill.  My stories grew too long and got away from me, slippery and unmanageable as eels.  But it didn’t matter.  Nobody was there to judge my struggles.”

Tyler Keevil looks back at his trip to Prague and the aspects of that journey which made it into his latest novel, literary thriller Your Still Beating Heart.