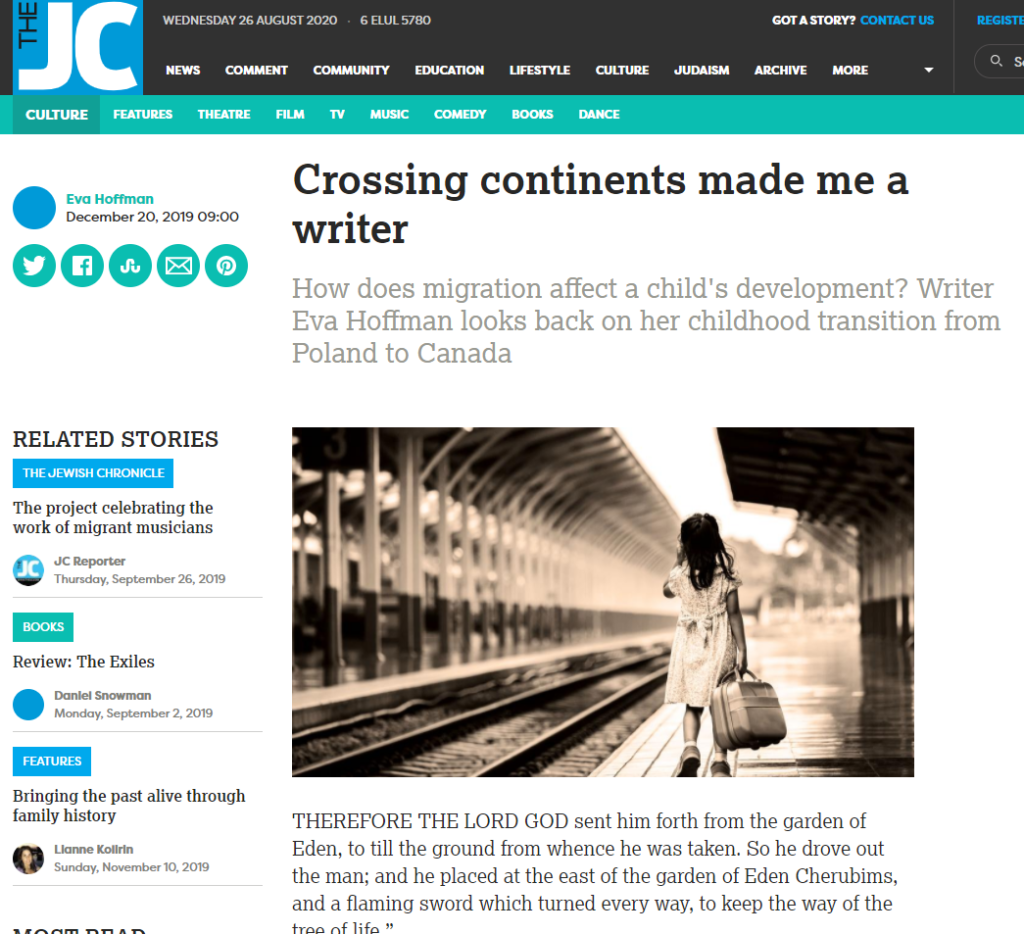 ‘Poland was a country ravaged by war, impoverished and stifled by an oppressive regime. Among my most vivid childhood memories are images of ruined cities, of whole streets lying in rubble and gaping windowless buildings with the epidermis of exterior walls torn off and exposed interiors filled with broken stones. (Images of Aleppo in ruins today, which I have watched with a sense of terrible poignancy and rage, have now been superimposed on those early sights of Warsaw.)

Cracow itself had not been destroyed during the Second World War, for reasons which are not entirely clear, and remained a beautiful city, with layers of medieval, renaissance and baroque architecture. But the human losses were everywhere evident: in the history of my parents, whose entire families were killed during the Holocaust; in the presence in the streets of the war-wounded and the orphaned children, whose faces emanated a great sadness.’

How does migration affect a child’s development? Writer Eva Hoffman looks back on her childhood transition from Poland to Canada in her Brave New Words essay, featured in full on The Jewish Chronicle. Read now.