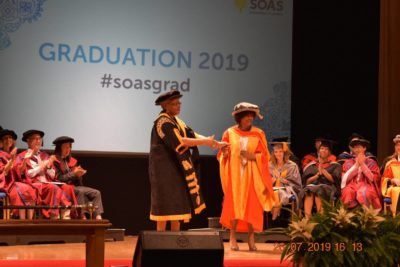 SOAS University of London has awarded an honorary doctorate to Margaret Busby, editor of New Daughters of Africa.

Baroness Valerie Amos, Director of SOAS, called Margaret a pioneer and innovator who has ‘sought to bring about change in the world’.

SOAS is the leading Higher Education institution in Europe specialising in the study of Asia, Africa and the Near and Middle East.