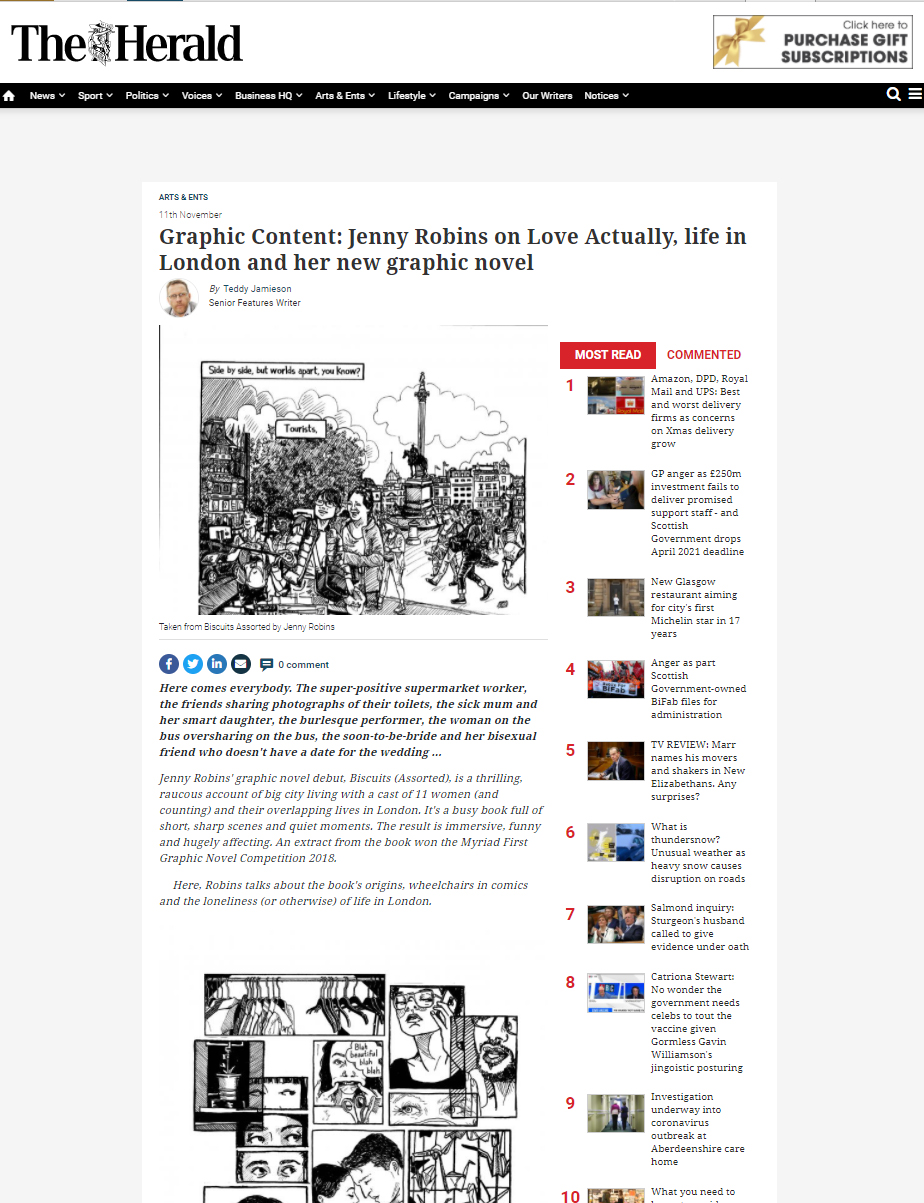 ‘Almost everything in the book is drawn from photographs, with certain changes made to the characters of course. But I don’t tend to think of London as a city of scuzzier corners. Here the scuzz can often exist on the very same street as the posh, or at most a few blocks over. The infinite desire for real estate has gentrified so much of the city, but there’s still a lot of communities rubbing elbows with each other – tower blocks or rundown terraces one block over from Georgian splendour or modern chrome. That doesn’t mean the people actually talk to each other of course, or frequent the same establishments, but they are very much in the same space.

I live in Islington, which is very much poshville, but pictures like the stack of discarded market boxes or the broken sofa left in the street were photographed within a three-minute walk of our flat. The image of Jane and Alice walking through what looks like a pretty rundown area is one of the few pages taken almost entirely from one photo – and it’s a photo taken in Bermondsey (also poshville).’