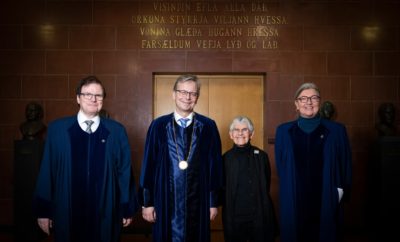 Cynthia Enloe, research professor at Clark University in the United States, has been awarded an honorary doctoral degree at the University of Iceland’s Faculty of Languages and Cultures.

Cynthia Enloe’s most recent book is The Big Push: Exposing and Challenging the Persistence of Patriarchy, published by Myriad in October 2017.